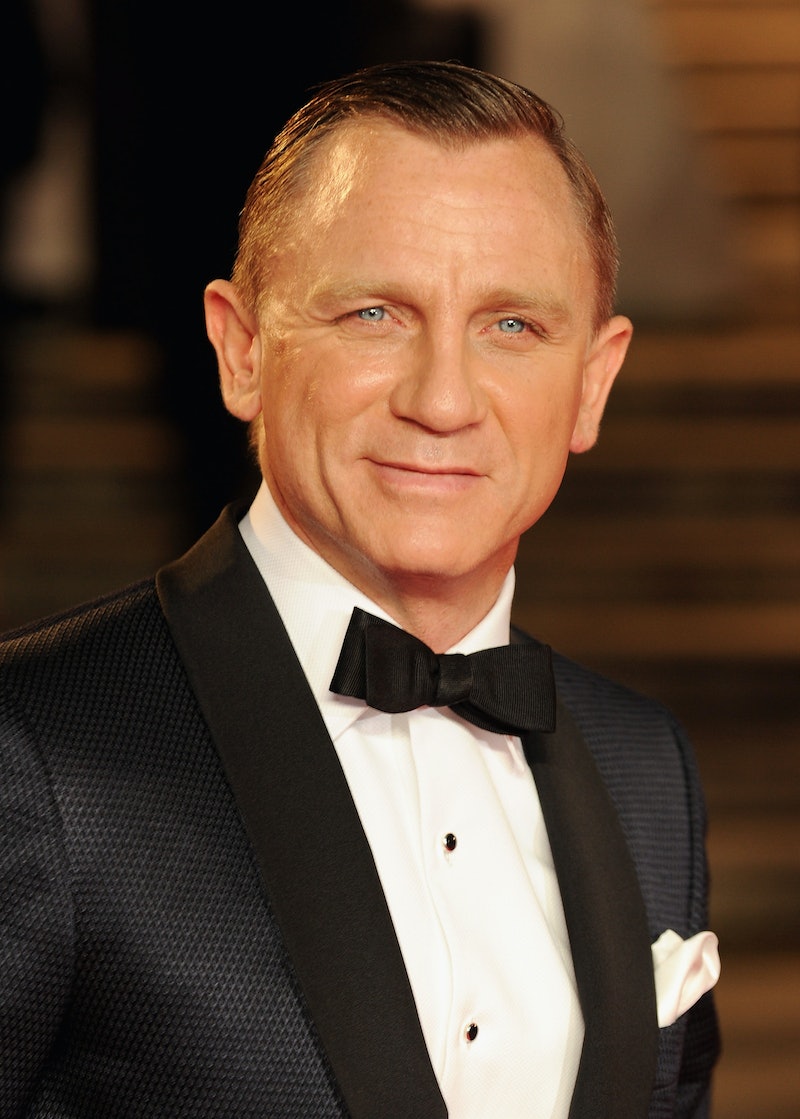 Ah, James Bond. The espionage adventures of 007, the agent with the license to kill, is a franchise that is as long-lasting and enduring as the likes of, say, Sherlock Holmes. Naturally, when it came time for Bond 24 to get a title and cast announcement, director Sam Mendes and current Bond Daniel Craig did it with as much magnitude and fanfare as such an important revelation would warrant. Currently, the last bit of information we managed to squeeze out about the film was that Christoph Waltz would be in Bond 24 — but now we can finally stop calling it that. The new Bond film is called Spectre and it will drive an Aston Martin into theaters on November 6, 2015.

The news was given over at the stage in Pinewood Studios in South Buckinghamshire Thursday morning. In addition to Craig and Waltz (in the role of Oberhauser), the cast includes Andrew Scott as Denbigh, Dave Bautista as Mr. Hinx, Lea Seydoux as Madeleine Swann, and Monica Bellucci as Lucia Sciarra. Ralph Fiennes, Ben Whishaw, Rory Kinnear, and Naomie Harris will also be reprising their roles from Skyfall for the film. As if all of that wasn't enough, we also discovered that the new Bond car for the film is, specifically, an Aston Martin DB10 and were given this official film poster.

For those outside of the Bond fandom who are wondering what the title could possibly indicate, it's not just a typo or British English at play. SPECTRE is the name of a fictional terrorist organization in the James Bond universe. The global terror group is led by Ernst Stavro Blofeld and the name is an acronym for Special Executive for Counter-intelligence, Terrorism, Revenge and Extortion. SPECTRE appeared to challenge Bond in such films as Dr. No, From Russia with Love, and For Your Eyes Only.

According to Deadline, the plot summary of the film is, "A cryptic message from Bond’s past sends him on a trail to uncover a sinister organization. While M battles political forces to keep the secret service alive, Bond peels back the layers of deceit to reveal the terrible truth behind SPECTRE."

Although further details about Bond 24 are few and far between, from the title we can assume that SPECTRE is back and bigger than ever in terms of the threat they pose to Bond. Perhaps the agent is even dismantling the organization once and for all so their reoccurring threat against him and the world can finally be vanquished. Or, perhaps, considering the Sherlock actor who played Jim Moriarty is involved in this Bond film, SPECTRE will be Bond's own version of "The Reichenbach Fall." Fingers crossed that James Bond will live to die another day at the end of this film, you guys. It already sounds like it will be his biggest adventure yet.