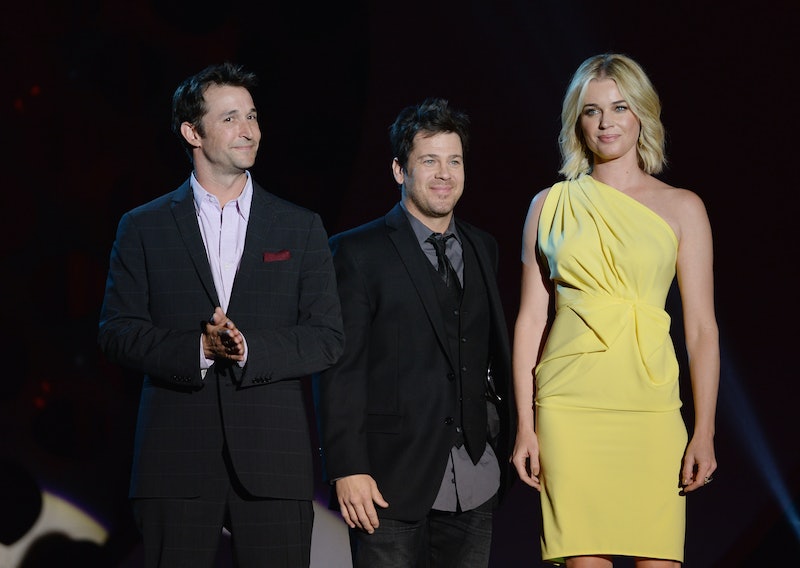 Do you like throwback fantasy adventure series that recall the pulp adventures of Indiana Jones? Or are you a fan of the made-for-tv film franchise The Librarian? You're in luck because it is turning into a television series on TNT dubbed The Librarians. Except that rather than Noah Wyle leading the pack, TNT's show includes new characters like Jake Stone, played by Christian Kane.

The show will definitely resemble the tone and style of the film series. Think of a mix between Indiana Jones and Warehouse 13. TNT probably won't go dark opting for a variety of humor, a ton of adventure, and magical hijinks when The Librarians debuts Sunday December 7.

Jake has an IQ of 190 and an extensive knowledge of art history, which will definitely come in handy during the adventures on The Librarians. You are probably wondering where you've seen Kane before, and for good reason. Kane is an actor and singer who has appeared in a variety of film and television programs. But there are a few things that he's best known for; consider this list Christian Kane 101:

I will be the first to admit this isn't a good movie. But I can't help but like this sappy romantic comedy involving Angelina Jolie in the most ridiculous blonde wig I have ever seen. In the film, Christian Kane plays Jolie's baseball star boyfriend that she leaves for Edward Burns' character. The movie came out in 2002 and is very predictable, so I'm not spoiling anything.

Angel, the spinoff of the near-perfect Buffy the Vampire Slayer series, is where I first saw Kane. In the series, Kane plays Lindsey McDonald, long time rival/reluctant ally to Angel and his crew. Lindsey is actually the only character besides Angel that appears in the first, 100th, and last episode of the series. He's also a major villain throughout Angel, even though there are seasons where he isn't that present. He's a complicated, dark, jealous figure in the Whedonverse. I'd argue Kane's best acting happens in this show especially during the last season. I'd recommend firing up Netflix Instant and having an Angel marathon.

If Angel's dark fantasy universe isn't in your wheelhouse, you probably saw Kane as Eliot Spencer in Leverage. On Leverage, Kane plays one of the good guys in a group of benevolent con artists. Eliot is dubbed "The Hitter" being the group's martial arts and weaponry expert. The show ran for five seasons ending in 2012. It was fun, frothy, and a bit ridiculous keeping with the tone of many other TNT series. No matter if you prefer unbelievable, yet fun rom coms or darker fantasy series, there is definitely something from Kane's career you can enjoy before The Librarians premieres this Sunday.