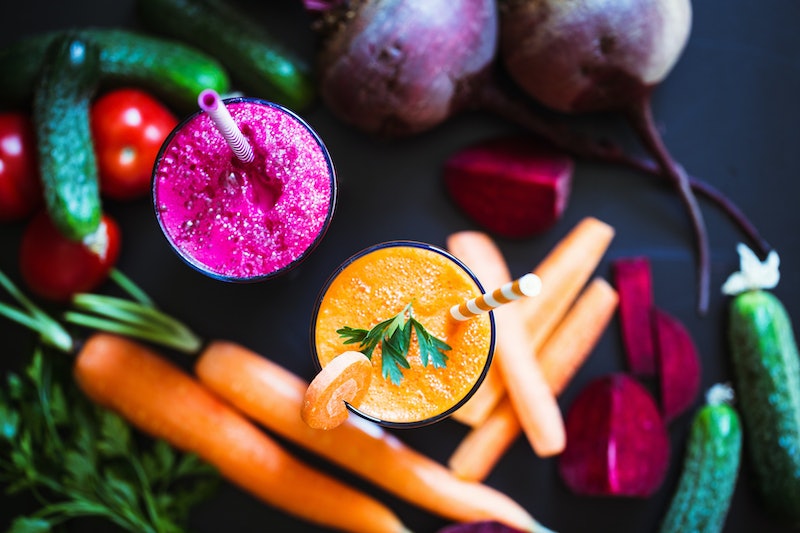 I’ll be honest: I’ve never once been tempted to do a juice cleanse. The whole idea has always struck me as a tiny bit suspect; also, food is one of my favorite things, so going on a liquid diet for any reason other than an “I physically cannot chew right now” one sounds like an unnecessary deprivation to me. And hey, now I can feel vindicated for my choice, because all those “detoxification” claims most cleanses make? Well, the might actually be myths more than anything else.

Writing for The Guardian, Dara Mohammadi spoke to a variety of health professionals about whether or not going on a cleanse can actually “detoxify” your body. The general consensus? Nope. It’s also unlikely that any “fad” diets will keep you healthier — although if you’re going to try one, make it the Mediterranean diet. It’s balanced and full of all the protein, amino acids, unsaturated fats, fiber, starches, vitamins and minerals your body and your immune system need to operate at full capacity.

The whole piece is worth reading, so head on over to The Guardian to check it out; and in the meantime, here are three of the biggest myths Mohammadi found:

1. “Toxins” Are Screwing Up Your System

No, they’re not. Mohammadi cites a 2009 study conducted by a network of scientists for the UK charity Sense About Science. These scientists asked the manufacturers of 15 pharmacy and supermarket products for the evidence behind their “detoxifying” effects. None of them could name the “toxins” the products claimed to get rid of; they couldn’t even define what they meant by “detoxification.” Uh... whoops.

2. “Colonic Irrigation” Will Flush Out the Bad Stuff

I was not even aware that this was a thing; apparently it is, though, so do with the following what you will: According to Mohammadi, “proponents [of colonic irrigation] will tell you that mischievous plaques of impacted poo [note from yours truly: what?!] can lurk in your colon for months or years and pump disease-causing toxins back into your system.” The aforementioned “irrigation” involves sticking a hose up your arse and basically giving you one heck of an enema. But, writes Mohammadi, “no doctor has ever seen one of these mythical plaques, and many warn against having the procedure done, saying that it can perforate your bowel.” ...Yeah, I think I'll pass on that one, thanks.

3. Your Liver and/or Other Organs Need to Be “Cleansed” to Work Better

When we say, “Man, I really need to detox” after a night of heavy drinking, yeah, going for a few days without alcohol is probably a good idea. But, says NHS dietitian Catherine Collins of St. George’s Hospital, “the idea that your liver somehow needs to be ‘cleansed’ is ridiculous.” As long as you’re not suffering from actual liver damage, there’s no way to improve the functions of already healthy organs. They’re already doing what they’re supposed to do. Furthermore, notes Collins, moderate drinking actually does help keep your liver in shape:

“Maybe because its sedative effect relaxes you slightly or because it keeps the liver primed with these detoxifying enzymes to help deal with other toxins you’ve consumed. That’s why the government guidelines don’t say, ‘Don’t drink’; they say, ‘OK drink, but only modestly.’ It’s like a little of what doesn’t kill you cures you.”

So go ahead and have that glass of wine with dinner tonight. Just maybe don’t drink the whole bottle.

Check out the whole article at The Guardian's website.