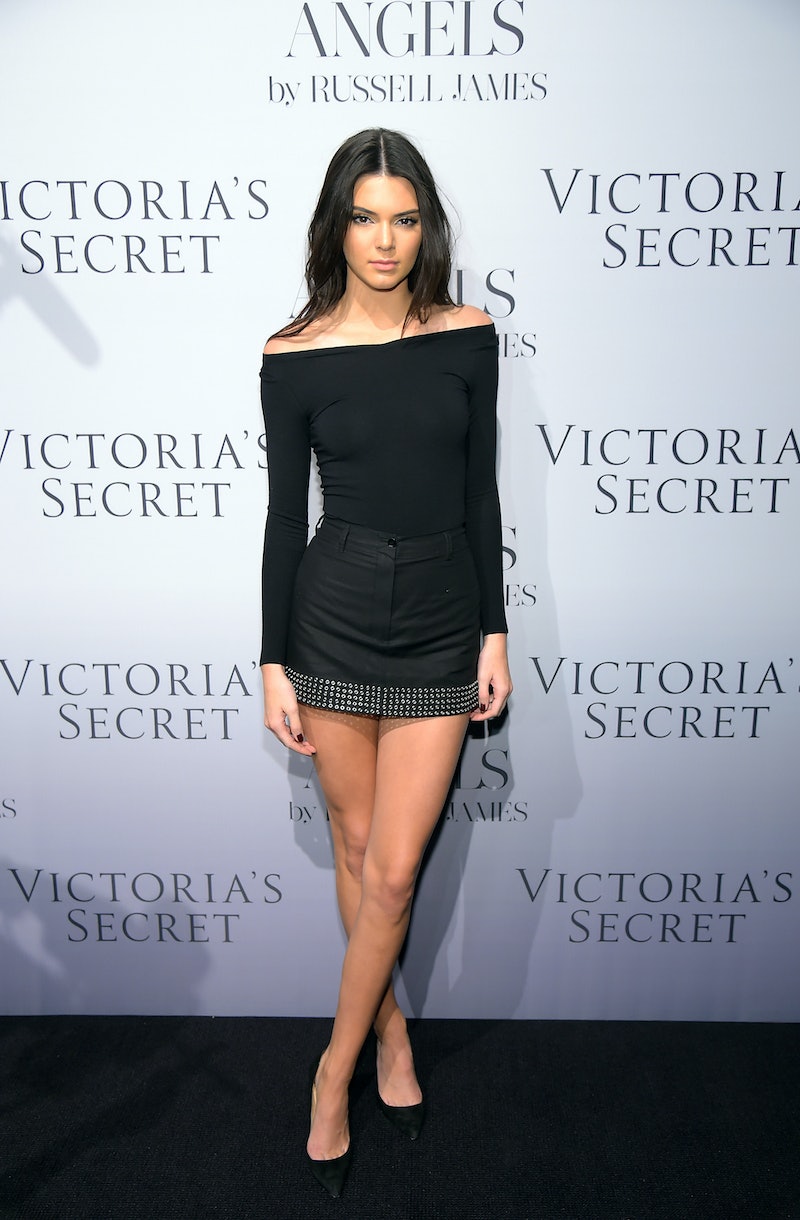 If 2014 proved anything to us, it's that those Kardashian-Jenner sisters know how to break the internet. Today, Kendall Jenner's sexy striptease video for LOVE Magazine's 2014 advent calendar dropped, and — at only a few hours old — it's already got Twitter talking. In the video, Jenner rocks Philipp Plein lingerie, a fuzzy Santa hat and a seriously perfect cat eye as she shimmies to Katy Perry's "California Girls." The model teased the video on her Instagram last week and we'd been waiting to see what she and Doug Inglish had in store for us this week.

Kendall didn't go all open-mouthed, breathless vamp for the addition to the 2014 countdown, though — she actually nails it by being completely adorable in her video. Not taking yourself, or your holiday-themed lingerie video, too seriously is sexy! She has a little booty shake-off with a shirtless Santa, drops her plaid skirt and then gets a little spanking from the Man in Red — all whilst donning a super-cute smirk. Next time Jenner gets in the holiday spirit, we totally want to be there!

The British style magazine gives us something (almost) better than chocolate for every 25 days leading up to Christmas — some of the hottest models in the game in designer lingerie. Since it first started in 2011, the calendar has featured Cara Delevigne, Lily Donaldson, Alessandra Ambrosio and dozens of other jaw-dropping babes. Being included in the calendar is definitely a good sign for Jenner's career — so far this season has already included Miranda Kerr and Lily Aldridge in its rankings of holiday beauties. So Kendall, you're keeping good company, girl.