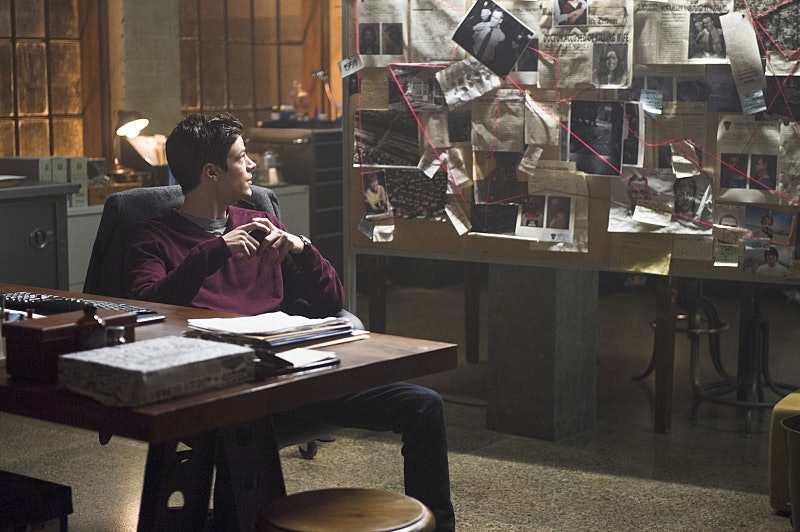 The CW's new superhero series, The Flash, has quickly covered Barry Allen's origins in just a few episodes. The particle accelerator in Harrison Wells' S.T.A.R. Labs was the source of Barry's powers. After a malfunction, Barry and a few other individuals found themselves with extraordinary powers after the reactor caused a strange weather event that struck Barry with lightning. Now, Wells (and all of Central City), is relying on Barry to use his powers to help round up the others and be the city's protector. And in order for Barry to come into his own, he needs the scientific expertise of the Science and Technology Advanced Research Laboratories to help him manage his powers.

While the particle reactor isn't from The Flash comics, Barry does get his powers from lightning in his origins. But that storm is filled with the much more comic book-y "chemicals," which wouldn't play particularly well on screen. But there are plenty of similarities between the S.T.A.R. Labs in the comics to the one on The Flash. And it's a little nod to the original '90s TV series' Flash, whose girlfriend, Tina McGee, worked at S.T.A.R. and helped that version of Barry Allen manage his newfound powers.

But The Flash adding the particle accelerator is a good change in the character's origins. It actually works perfectly, because it ties Barry's work with S.T.A.R.'s, an organization that's all over the DC universe, in both comics and film/TV forms, provides an inroad for future crossovers with Star City, and made a limitless source of bad guys for the Flash to take down. It's functioning like the meteor shower in the first season of Smallville (the original CW superhero show!).

Plus, setting everything inside S.T.A.R. Labs also lets us see the more scientific, nerdy side to Barry and his crew. After all, we watch Arrow and The Flash just as much for the nerdy sidekicks as we do for the powers and the battles — great character work is what makes the CW's comic book shows so entertaining. And everything in the show now revolves around Barry's identity as Flash (give or take a few minutes of relationship drama), so he doesn't have to be in costume, disguised, to discuss how he can increase his speed or muse about the latest metahuman.

So it may not have much of a comics precedent, but adding the particle accelerator to The Flash and his origins was actually a stroke of scientific genius.