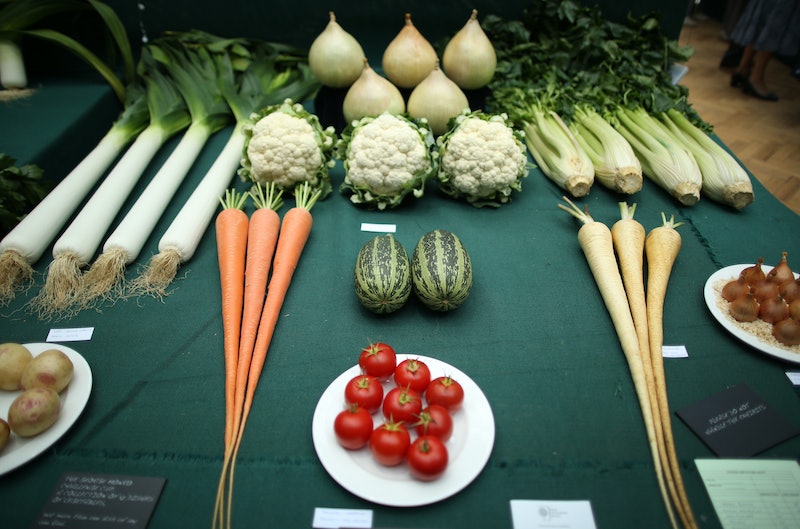 Here’s a little something to consider as you start thinking about what you’re going to have for dinner tonight: A new study from the Humane Research Council and Harris Interactive currently making the rounds surveyed the meat-eating habits of over 11,000 American adults — and found, disappointingly to some, that a whopping 84 percent of people who have given vegetarian or vegan diets a try eventually go back to eating meat. A lot media outlets have leapt from that little tidbit to calling vegetarianism and veganism “just a phase”; I think, though, that reducing it to “just a phase” does pretty big disservice both to the idea of vegetarianism in general and to the people who practice it specifically. Anyone else?

You can read the full study over at the HRC’s website, but here are a few of the salient points: Among American adults 17 years of age and over, two percent are currently vegetarian or vegan, 10 percent are former vegetarians or vegans, and 88 percent have never been vegetarian or vegan. 84 percent of people who have gone veggie at some point in their life eventually revert back to being omnivores; furthermore, more than 50 percent of those who revert do it after less than a year of vegetarianism. A third do it after having tried a vegetarian diet for three months or less. Finally, the average age for deciding to go veggie is 34.

OK, yes: The data shows that vegetarianism and veganism doesn’t stick with far more people with whom it does stick. And yes, generally it’s believed that we’d all be a lot healthier (and that the planet would be in better shape) if we all ate many more plants and significantly less meat. But that doesn’t make it a “phase” or a “fad”; it just means that the choice isn’t for some people, and is for others. The same is true for a lot of things, but we don’t call them “phases”; I mean, we don’t tell runners that favorite method of working out is “just a phase” because some people give running a try, but don’t make a habit of it. We don’t tell people for whom reading is a way of life that their interest in books is “just a phase” purely because a few other people decided they’d rather be doing something else with their time. We don’t tell those trying to learn a new hobby that whatever skill they’re cultivating is “just a phase” just because not everyone who tries it builds it into their life. Like any lifestyle choice, whether or not someone adopts a vegetarian or vegan diet is a personal decision. Some people — or even a lot of people — ultimately deciding it’s not for them after giving it a try doesn’t automatically make it a “phase.”

So what does make a vegetarian or vegan diet stick? A few things, according to the HRC study. First, current vegetarians and vegans cite a variety of major motivations for their choice; health is one of them, of course, but so are animal protection, a dislike or disgust of animal products, the environment, and taste. For former vegetarians and vegans, the only major motivator was health — kind of treating it like a temporary diet, rather than a complete lifestyle change. Furthermore, roughly two thirds of former veggies and vegans said they switched their eating habits abruptly: They gave up meat and animal products within a few days at minimum or a few weeks at most of making the decision to do so. As The Science of Us suggests, transitioning gradually might make it easier to keep up with vegetarianism or veganism — it might help your body adjust to the change better than going cold turkey. Oh, and also? Give yourself a break. 43 percent cited keeping a “pure” vegetarian diet as being too difficult, but it doesn’t have to be an all-or-nothing thing. You’re not a bad person just because you’re primarily veggie, but ate one cheeseburger after a night out.

The HRC put together a pretty nifty infographic with more of the study’s major points; head on over to their website to check it out, or go ahead and read the full study if you’re so inclined. And most importantly: Just do you. Keeping up with a vegetarian or vegan diet is hard — you have to keep finding creative alternate sources for the nutrients that exist in abundance in meat; you’ll always have fewer menu options when you go out to eat with carnivorous friends; and so on — but whether you do or don’t do it is totally up to you. No one has to feel like a major part of their life is a “phase.”