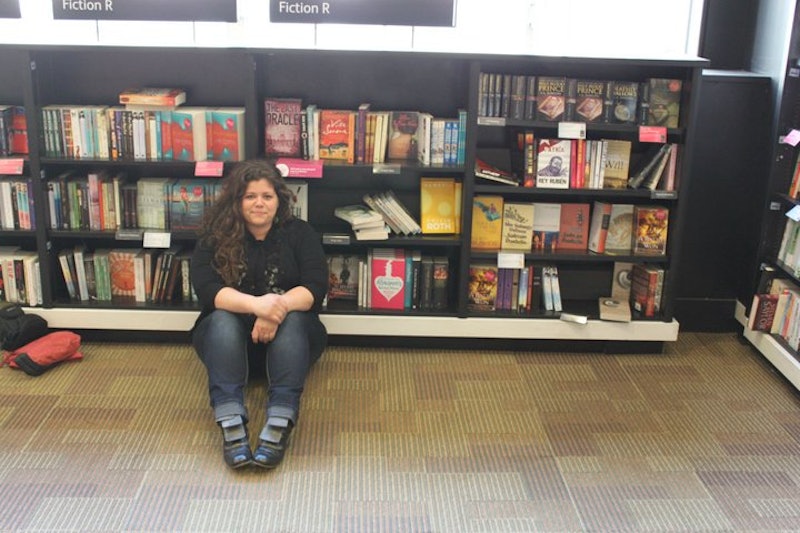 She promised on Twitter that she wasn't trolling us, so it's official that Rainbow Rowell's next young adult novel Carry On is coming in October 2015. But wait, it gets better: Carry On will be a spin-off of sorts from her highly successful and universally loved Fangirl (rabid fans will already see where this is going), and it will mimic the popular Simon Snow series that protagonist Cath loves. So, not only will it be a new Rowell YA book and a novel set in the Fangirl universe, it will be the author's first foray into fantasy. Talk about a Christmas miracle.

Rowell's 2013 YA novel Fangirl centers on Cath, an extremely talented fan fiction author, and her sister Wren, who has always been her (well...) fangirl writing partner until the two head off to college. While Wren seems to have grown out of her obsession, Cath is still hooked on the world-famous Simon Snow series — think Harry Potter — and is dedicated to completing her magnum opus, Carry On, Simon, before the series comes to an end. Thousands of online fans read Cath's fan fiction, known online by her handle Magicath, where she writes about Simon battling creatures who aim to rid the world of magic and his emerging relationship with his roommate Baz.

Yes, we are going to get to read that opus. And it's going to be a Simon-Baz love story.

And Rowell points readers to the fan girl cover to show it:

This. Is. Huge. Fangirl has so much to say about finding your voice, being comfortable with yourself, and fan culture in itself. As readers already know, while Cath has loads of fans online, her writing professor isn't exactly pleased with her choice of subject matter and fails her on her assignment, saying that fan fiction is akin to plagiarism. But we all know (or learn to know) better. The book promotes real geek girl culture, and shows that fan fiction isn't just a means of escape, but it's a means of finding out about yourself. And hey, we could all use more books like that.

Plus, we should all love books that promote book fandom.

“You’ve read the books?”“I’ve seen the movies.”Cath rolled her eyes so hard, it hurt. (Actually.) (Maybe because she was still on the edge of tears. On the edge, period.) “So you haven’t read the books.”“I’m not really a book person.”“That might be the most idiotic thing you’ve ever said to me”

So with this announcement, what else could we ask for? Well, Rowell teased even more Fangirl news to come later this week.

It's not that we're being greedy, Rowell. It's just we would like to know immediately, ASAP, STAT, pronto. Pretty please.