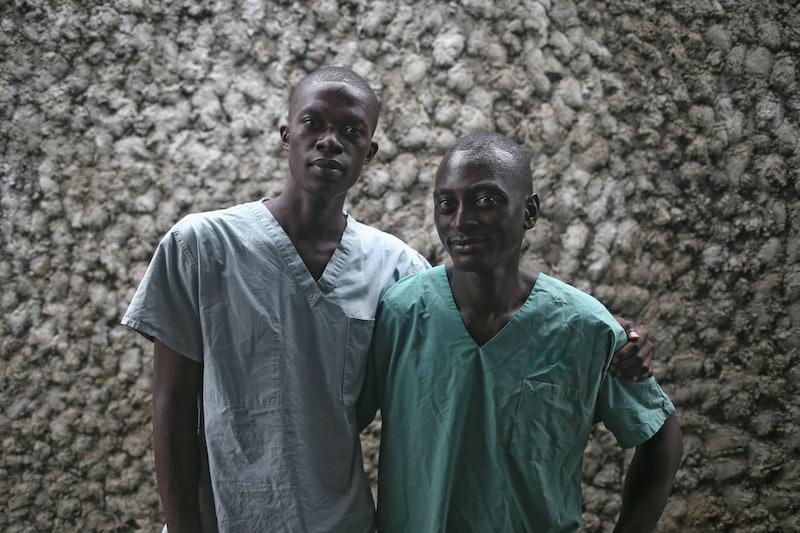 Beating out Taylor Swift and the Russian president with a penchant for dangerous animals, Ebola fighters have been name TIME 's "Person of the Year." The award, which was announced Wednesday morning, extends to the nurses, doctors, scientists, directors, and caregivers who refused to stand idly by as an outbreak turned into an epidemic in West Africa.

Nancy Gibbs, TIME's managing editor, penned a heartfelt rationale for the pick, praising the work of national and international relief organizations and the volunteers who traveled to heavily affected countries to work alongside local caregivers. Gibbs traced through the outbreak, and used the front-line responders as a lesson for the future:

Ebola is a war, and a warning. The global health system is nowhere close to strong enough to keep us safe from infectious disease, and “us” means everyone, not just those in faraway places where this is one threat among many that claim lives every day. The rest of the world can sleep at night because a group of men and women are willing to stand and fight. For tireless acts of courage and mercy, for buying the world time to boost its defenses, for risking, for persisting, for sacrificing and saving, the Ebola fighters are TIME’s 2014 Person of the Year.

The package also serves as a kind of year-end retrospective of the virus. The package is filled with first-person essays from big newsmakers such as Kaci Hickox, a nurse who fought her quarantine order after she tested negative for Ebola, and Dr. Kent Bradley, who was the first victim to be brought to the U.S. from Africa.

And then there are the lesser-known names such as Dr. Jerry Brown, the medical director of a hospital in Monrovia, Liberia, who watched as the deadly virus swept into his country and fought to protect his patients and staff. Or Dr. Philip Ireland, the Liberian doctor at the country's largest hospital.

The Ebola fighters beat out runner-ups Ferguson protestors, Russian President Vladimir Putin, President of Iraqi Kurdistan Massoud Barzani, and Alibaba founder Jack Ma. Singer Taylor Swift, football commissioner Roger Goodell, and Apple CEO Tim Cook were also on TIME's list of finalists, but they did not make it to the official shortlist that was also announced on Wednesday.