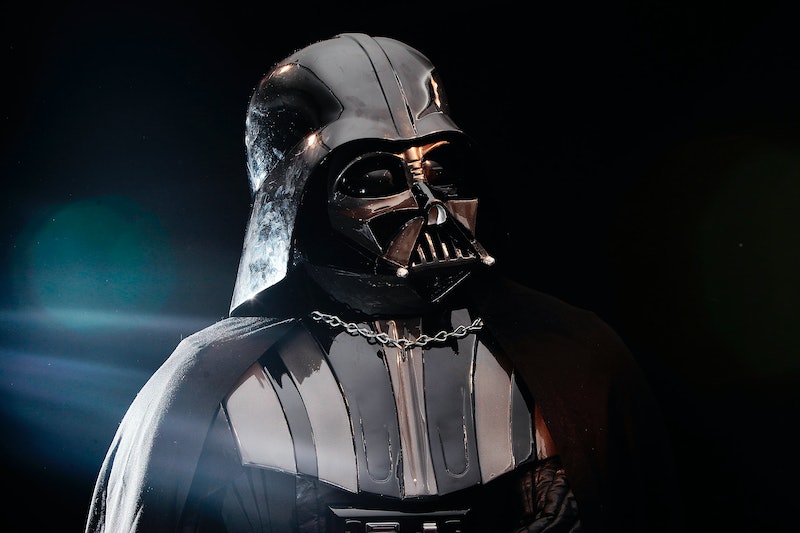 Expecting something to be adorable, nerdy and hilarious all rolled into one may sound like a tall order, but a Star Wars-themed proposal executed by an obviously dedicated fan of the franchise meets that criteria and then some. Fueled by love and perhaps inspired by this Lego version of Star Wars: Episode VII trailer, MTV reports that Steven Dempsey enlisted the help of Darth Vader to propose to his girlfriend Amanda in what is possibly one of the most intricate and thoughtful ways to pop the question. Fortunately, Amanda's counts herself amongst one the many female fans of Star Wars, so she's clearly OK with the fact that their marriage will be comprised of everlasting love and forces from the Dark Side.

To say this proposal was a detailed setup would be a star-sized understatement. Before asking for Amanda's hand in marriage, Dempsey gave her a Lego replica of an Imperial Warship. Here comes the adorable part: Dempsey compared his and Amanda's love to the starship, saying it was, "like this ship and the people inside it. Its shields deflect and defend from any outside force wanting to get in and destroy us." He then handed her the ship, which contained a miniature Darth Vader holding the engagement ring, and posed the most important question of all, "Will you be my co-pilot?"

Obviously, Amanda accepted because they're basically match made in space. Also, Dempsey's reason for choosing Darth Vader to present the ring could totally be used as his wedding vows. He told the Daily Dot, "Although he was a villain in the Star Wars realm, he still cared about those who [were] dearest to him, hence why he couldn't kill Luke. Even after he died, he remained by his side, as seen in the last portion of Episode Six (Return of the Jedi). I wanted to relay the message to my fiancée that no matter what, I will always be by her side, through the bad and the good, and in sickness and in health...to the farthest corners of the galaxy."