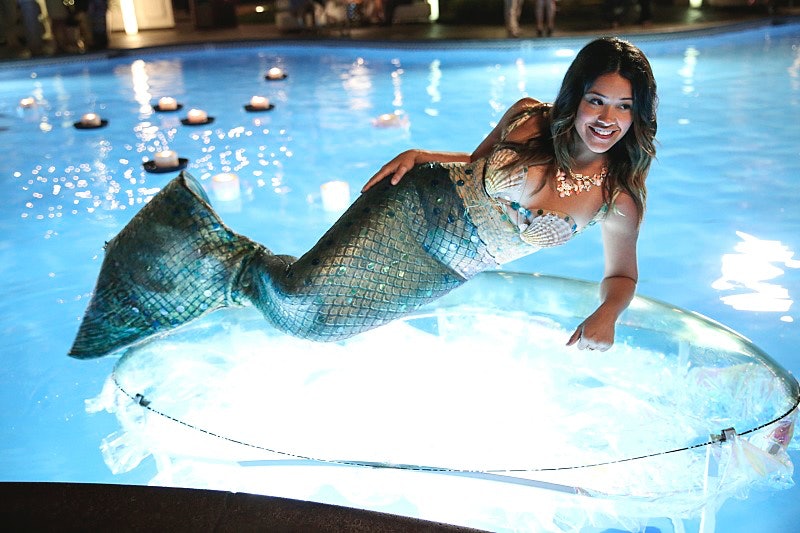 Who would have though that a CW show would end up being so critically acclaimed? But then came Jane the Virgin, whose rise to success now includes a Golden Globe nomination, natch. If you just heard the premise of the show, you might have written it off at first. It's about a hard-working woman who chooses to remain a virgin so as not to end up being an unprepared young mother like her own mother was. Then, at a routine checkup, she's accidentally inseminated with the sperm meant for the patient in the next room. (Can that actually happen because now I'm terrified?) It sounds like a trivial comedy about a pregnant virgin at first, but the show has captivated a wide audience because it's so much more than its synopsis.

The Huffington Post called the series "one of the most authentic things on TV" and "easily the best to air on The CW." They're not wrong. What started as a Venezuelan telenovela called Juana la Virgen has stolen the hearts of the viewers, and now it's on its way to nabbing a Golden Globe. Here are four major reasons why Jane the Virgin totally deserves this kind of recognition.

There's a reason she's the one who nabbed the show their nomination. As an actress, Rodriguez totally nails the balance between serious reflection, and bubbling positivity. Her delivery is far from flat, which helps her represent all of us. Jane got totally screwed over here, and, yeah, she's gonna complain about it, but she's also going to go on living her life with authenticity. Rodriguez brings that character to life.

Not all of Hollywood has embraced the need for diversity, but Jane the Virgin has. With Rodriguez at the helm, the cast is predominately Latino which is unheard of in popular TV. A recent study showed that "in 2013, despite being 17% of the population, Latinos comprised none of the lead actors among the top ten movies and scripted network TV shows." Fortunately Jane the Virgin is helping change the tide, and they deserve to be recognized for that.

The Drama to Comedy Balance

Coming from a telenovela, it could have been easy for Jane the Virgin to be written in an over-dramatic way. Instead, the show has a nuanced vision and teeters between authentic, dramatic, and funny without dipping too far down into any one category.

The fact that Jane the Virgin has this unique narrator that types things out on the screen and uses emojis is very fresh. It's the way our culture works now, so it's no surprise that people are responding positively to the way technology is being used.