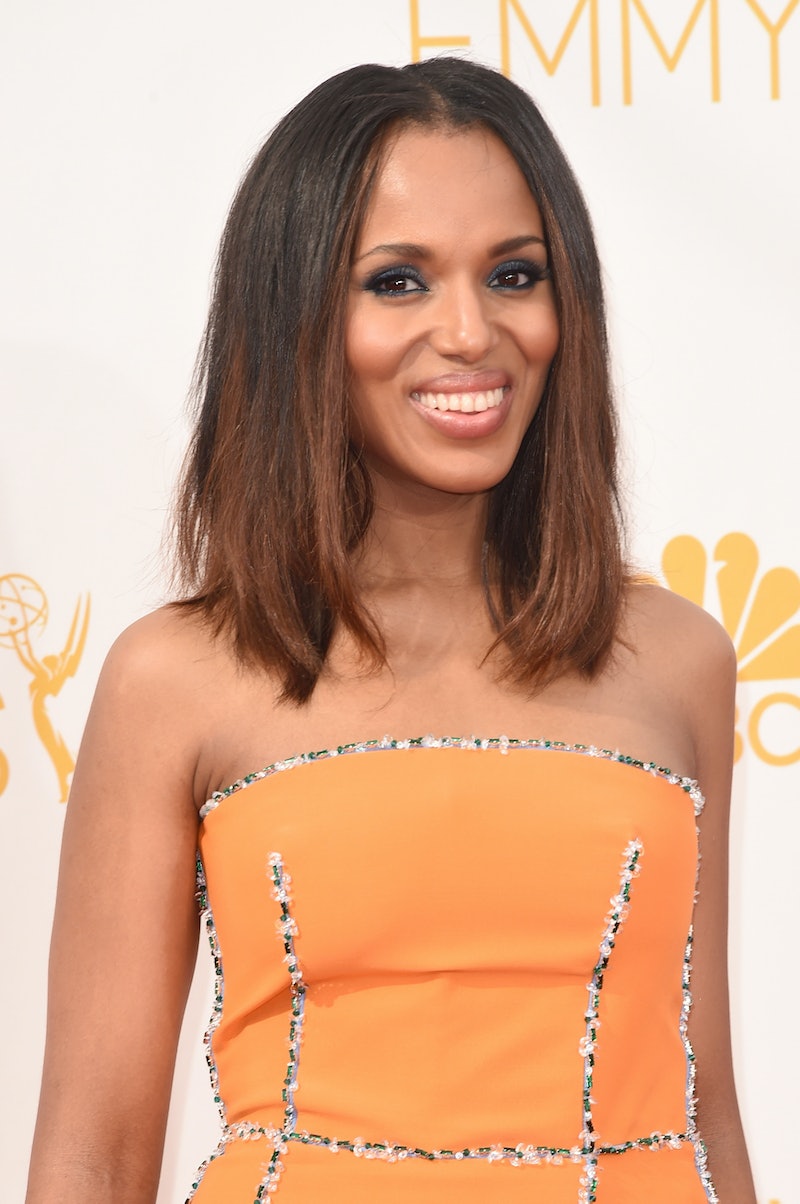 If you're a Scandal fan and you've been keeping up with Thursday morning's Golden Globes nomination announcements, you've noticed that our favorite show and its cast have been excluded from the list. While fellow Shondaland show How to Get Away With Murder was recognized with Viola Davis' nomination for Best Actress in a Television Drama Series, Scandal was totally ignored — and as far as I'm concerned, that's a travesty. As a show with one of the most passionate fan bases and a storyline that keeps you guessing, Scandal is totally deserving of a nomination. And so is Kerry Washington, for that matter. What's your problem, Golden Globes? Why don't you know incredible television when you see it?

Despite the edge-of-your-seat drama, the amazing acting, and the unforgettable characters, Scandal won't be receiving one of those little globes on a wooden platform. But that's fine — fans of the show understand all the reasons why it should have been nominated. (And, as a heads up to the Hollywood Foreign Press, should you find yourself in a PR disaster that desperately needs to be handled, you should probably look somewhere other than Pope & Associates for a while. At least until the sting of the snub has faded.)

Of the hundreds of reasons Scandal should have been nominated, here are the six most important ones.

Poor Olivia Pope is put through the emotional ringer. Her mother is a fraud. Oh wait, her father is a fraud. She's having a secret affair with the president, who's selfishly torturing her boyfriend. Where does it end? Washington brings such humanity to a woman who's supposed to be totally untouchable, and not just anyone is capable of making that happen.

Also, is there a better example of an all-powerful feminist on television right now? No, there is not.

Have you seen this guy? Scandal deserves an award just for finding him a home on television.

I'm pretty good at predicting plot points, but not when it comes to Scandal. Several times a season — and not just during sweeps, either — Scandal completely catches me off guard and leaves me totally stunned. There are few other shows that can make this happen, and it's no easy task.

Olivia, Fitz, and Jake are obviously at the center of the show, but the supporting cast is so well developed that I would watch a spinoff starring any of them. Between Abby battling her abusive ex-husband, Cyrus falling in love with a prostitute, Huck trying to convince his wife to let him spend time with his child, and Mellie dealing with the loss of her son while trying to remain the HBIC first lady she is, I never get bored of scenes that don't include the main characters.

Any episode of Scandal could easily be developed into a full length feature film and still be interesting. And every time I rewatch the series, I pick up on things I totally missed the first time.

Have you seen Olivia Pope dress? That's deserving of an award of its own.