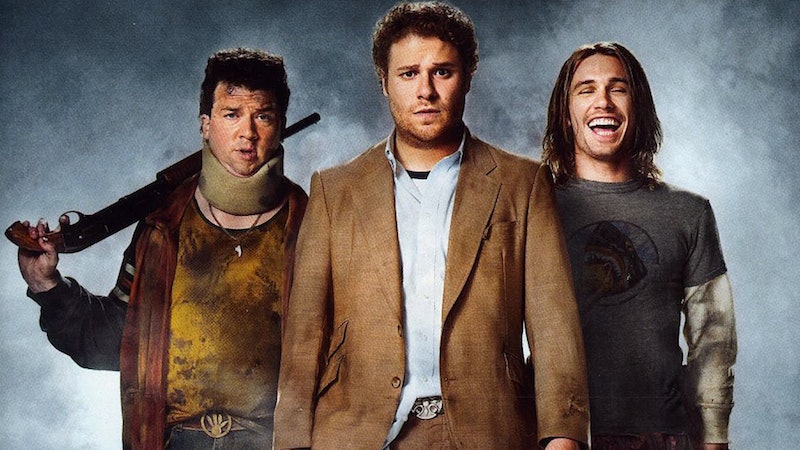 California is about to be hit with the biggest storm they've seen in years — or taken on the wildest ride of their lives? With a name like the Pineapple Express, it's hard to guess what Californians are in for, but meteorologists are predicting the biggest storm the state has seen in years. Mild rain and wind have started on late Wednesday, but the Pineapple Express storm is expected to hit California hard on Thursday and through Friday. The entire coast is likely to be affected, including Sacramento, San Francisco, and Los Angeles, as strong winds and heavy rain blow through. For a state that normally sees less rain than other parts of the country, it will surely be an emotional event.

Meteorologists have been tracking the storm for days, and the National Weather Service in Monterey, California, reported on Monday that the Pineapple Express is "expected to be one of the strongest storms in terms of wind and rain intensity" since the storms in October 2009 and January 2008. Parts of Northern California are expected to accumulate about three to six inches of rain, but up to as many as nine inches in some areas, while the Sacramento area could experience wind gusts as strong as 60 mph.

But why exactly is the storm called the Pineapple Express? It could have something to do with it being from Hawaii, where pineapples grow like aplenty in the tropical soils. Technically speaking, the storm is a surge of deep moisture, or an atmospheric river, traveling from Hawaii to the Pacific coast. But what meteorologists call a "surge of deep moisture" we call a big-ass storm. And since weather experts can't say "big-ass storm" in their reports, they gave it a colloquial name, the Pineapple Express.

You know what else goes by the title Pineapple Express? A delightfully raunchy 2008 buddy comedy starring Seth Rogen and James Franco — with a breakout performance by the sloppy, gruff, always-enjoyable Danny McBride. So what better way to illustrate the emotional reactions Californians will have to the Pineapple Express storm than with GIFs from Pineapple Express the movie?

Where Do We Go? California Is Really, Really Big

Snap Out of It! Guess What?

We Can Handle a Little Water

We Ain't Scared of No Water

We Will F**K This Storm Up

I'm Glad We Did This Together

More like this
The 6 Best Balaclavas To Keep Your Face, Head & Neck Comfortably Warm
By Jenny White
How To See The Lunar Eclipse On May 15-16, 2022
By Kaitlyn Wylde
The Balacize Platform Brings Chic ’80s Vibes To At-Home Workouts
By Carolyn Steber
Starbucks' Summer Menu Includes A New Chocolate Cream Cold Brew
By Emma Garza
Get Even More From Bustle — Sign Up For The Newsletter