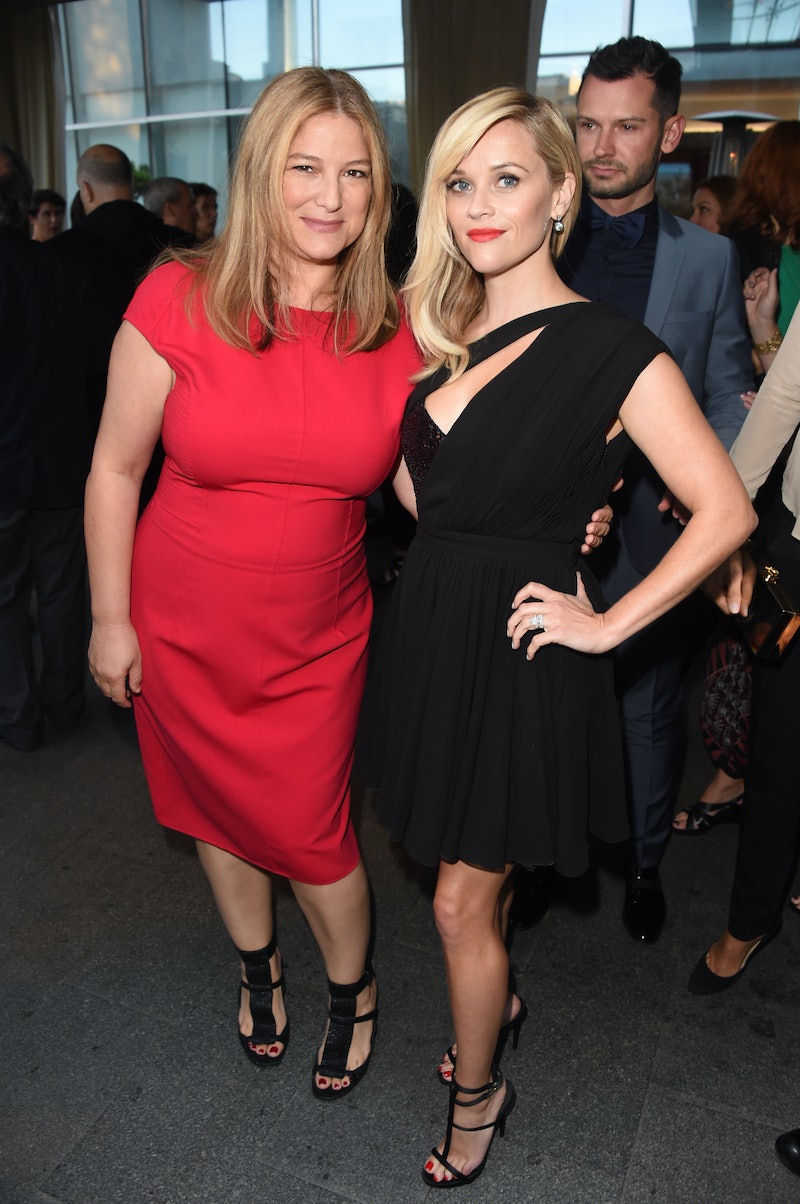 Now that Reese Witherspoon has taken a 1100-mile walk in Cheryl Strayed's shoes, other women can follow suit. No, her production company Pacific Standard doesn't plan on focusing solely on hiking films, but Wild's producer Bruna Papandrea says they're ready to create more strong female roles — both in front of and behind the camera. During a chat for Variety's screening series, Papandrea explained how their company plans to change the types of roles offered to ladies and what they want to see in the future of film.

"It wasn’t powerful women so much as we wanted to put all sorts of women on our screens: complex, often not likable, flawed. I felt very compelled to try and find more roles for women. Not just for Reese, but for lots of women. And I say that in front of and behind the camera as well."

This is very similar to what Witherspoon said at The Hollywood Reporter's recent roundtable, but the actress also included how she wants her daughter to grow up with amazing female role models in movies.

"About three years ago, I started seeing this complete lack of interesting female leads in film. First I got mad, really mad. And then I was like, “It’s nobody’s fault; if you’re not proactive about things … If I can develop anything for any other women, I don’t care who it is; I just want my daughter to grow up seeing complex, interesting, nuanced women in film."

With both Wild and Gone Girl (which is also from Pacific Standard) nominated for Golden Globe Awards, they're clearly making strides toward a bright female-centric future. Next stop, the Oscars!