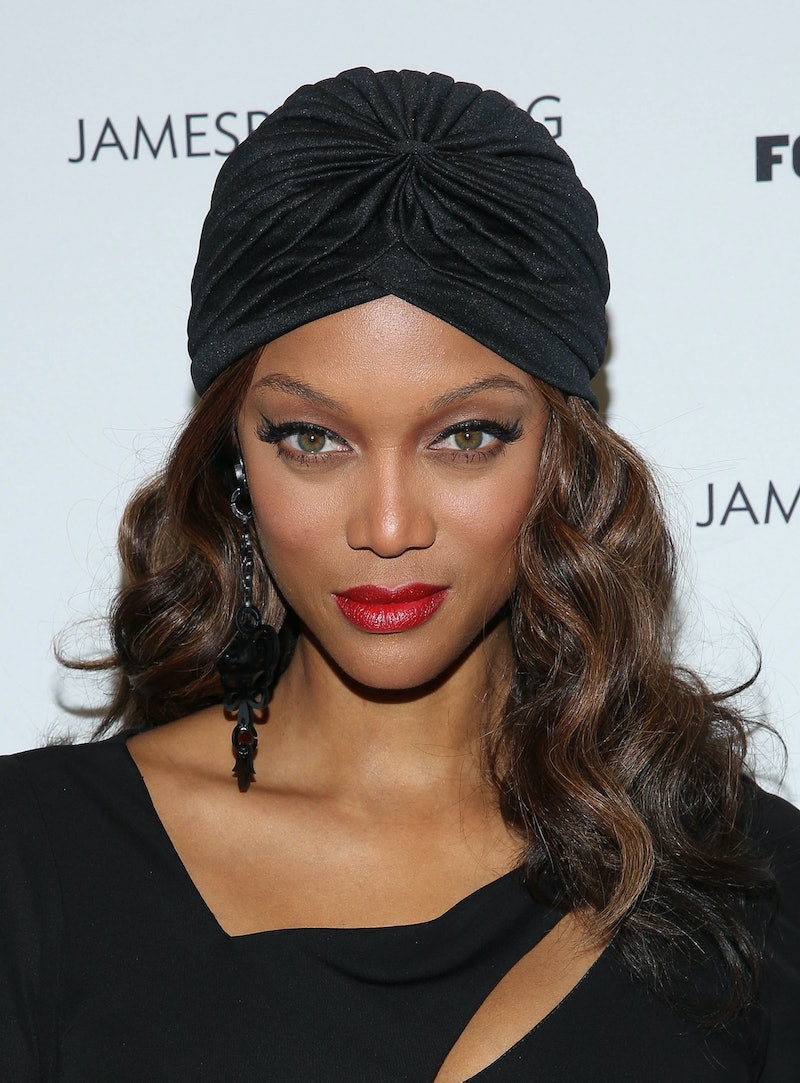 I have really missed talking about Tyra Banks. I was hoping that she would come back into the news in some way, but I did not want it to be like this. America's Next Top Model's Cycle 17 winner Angelea Preston is suing Tyra Banks and The CW. Why? Apparently there's a multitude of reasons involving the working conditions on the show. Nevertheless, it is not really a huge shock because stories have been swirling for years over the poor treatment of contestants on the show. But what does that mean, "poor treatment"? What is Preston claiming?

According to Entertainment Weekly, the former contestant claims that the show purposely delayed her medical care during a panic attack in order to have a better story line for the show, that she was not paid minimum wage or overtime wage, that the contestants were denied breaks for food and meals, and "intentional infliction of emotional distress and negligent infliction of emotional distress."

As for Preston's history on the show, she was booted from Cycle 14 before she went on to win Cycle 17. She was allegedly disqualified from her prize money because the network found out that she previously served as an escort. Preston believes that there was a breach of both oral and written contract and that she is owed $3 million.

I have no way of knowing if Preston's claims are true or not. On the one hand, she did come back for a second season with the show, but on the other, there have been other complaints about the working conditions on America's Next Top Model over the years.

Isis King from Cycle 11, tweeted about her dissatisfaction as a contestant on ANTM. If it was so horrible, why did she elect to come back for the all star season? I can't help wondering.

Also, apparently shoots on the show are very long. Former contestant Mike Scocozza told Buzzfeed, "We’d get up at five in the morning, get home at midnight. They make it seem like it was so quick, but really it was just all of us hanging around all day.” Sounds brutal.

Aside from the harshness of a critique, facing the panel was a difficult ordeal. Previous contestant Don Benjamin explained, "We’re up there all day. It’s freezing in there. Your legs are shaking, because you’re like, Did I do good? Panel is very stressful.” He also claims that these panel sessions were responsible for many anxiety attacks.

It's tough to say how harsh the working conditions are in comparison to other reality shows or even an actual experience as a professional model. It is also hard to tell if these disgruntled contestants are just unhappy with the outcome of their appearance on ANTM.

The CW has released a statement about the lawsuit which reads,

As noted during the broadcast of the America’s Next Top Model finale in 2011, information about Angelea was learned after production wrapped on that cycle that led to her disqualification from the competition. We are confident that her lawsuit has no merit.

If Angelea Preston did break the conditions of her contract, it will be hard for her to fight for her prize money. However, I do think that her claims of poor working conditions should be investigated as a separate matter. I'm sure the truth will come to light eventually.