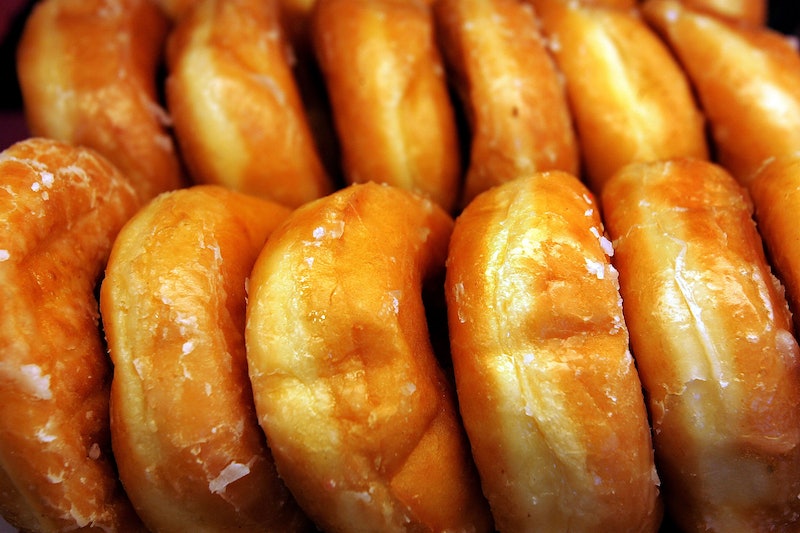 Tally up another one on your "despicable holidays" calendar, boys and girls, because some weight-loss practitioner and assumably abhorrent human being Steve Miller (no, not that one) is petitioning to make January 7th official fat-shame-your-friends day in the UK. Miller calls himself your “weight loss master” (or weight loss sadist, alternatively), and has been called "the Simon Cowell of slimming" by the Daily Mirror. Citing zero fears of the “f-word” (again, not that one), Miller promises to use a combination of hypnotherapy and good ol’ fashioned fat-shaming to help you whip your body into an impossibly maintainable and unnatural shape. Because nothing says healthy and happy like crying into your dressing-bare iceberg lettuce , alone, while everyone else you know is out eating real food.

"We Brits shy away from that word, but we need to face up to it,” he tells the Daily Mirror. “I would love to see written on menus, 'If you are fat, think before ordering'. On cigarette packets we give warnings about the health toll — why not food?” Yes, why indeed? One suggestion comes from the NYC Girl’s Project, which reports that more than “80 percent of 10-year-old girls are afraid of being fat,” and that by the time young women reach middle school, “40-70 percent of girls are dissatisfied with two or more parts of their body,” with body image hitting its lowest point for girls between the ages of 12-15. That’s in addition to the alarming information that approximately 24 million people suffer from eating disorders such as anorexia, bulimia, or binging. But to assume Miller hasn’t seen these numbers hurdled at his campaigns for thinness before would be foolish.

What kind of hateful person needs to belittle Santa, a fictional pop culture icon, to feel like a big man? The likelihood that Miller’s preposterous fat-shaming scam will gain governmental recognition is laughable, but in the meantime, take solace in knowing that being a person who berates people into hating themselves has got to be a miserable existence. Also cheese.

More like this
Meet The Disney Imagineer Bringing 'Guardians Of The Galaxy' To Epcot
By Charlie Mock
8 TikTok Pasta Recipes To Try Out At Home
By Emma Garza
Bustle Newsletter: May 6, 2022
By Stephanie Talmadge
The True Meaning Behind Each Hand Emoji
By Bustle Editors and Emma Carey
Get Even More From Bustle — Sign Up For The Newsletter