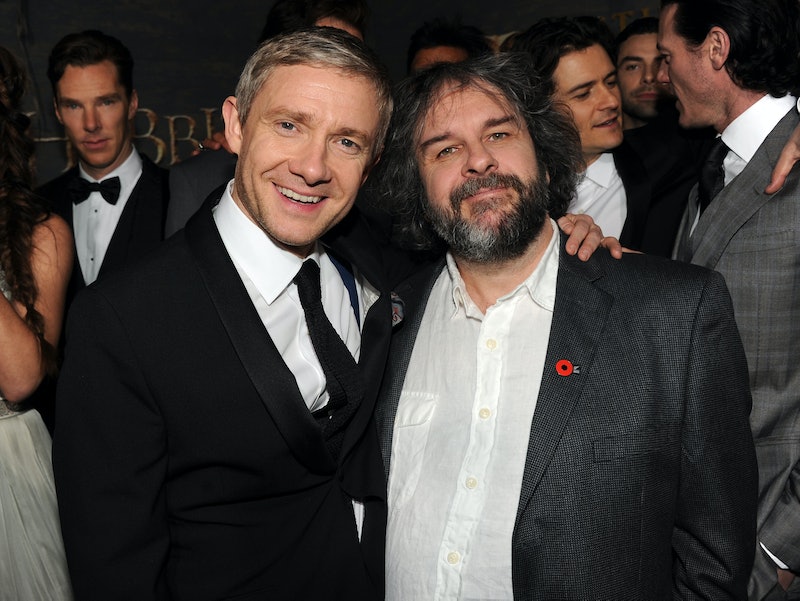 When it comes to the fandom of all things J.R.R Tolkien, the characters and stories of Lord of the Rings and The Hobbit are as real, as well, actual life. Of course, we know that these are works of fantasy and fiction, but the beauty of literature and film is that it allows readers and audiences to escape reality for a moment and become a part of something beyond the real world. Granted, some fanatics can take things a little far, but hey, if you're not hurting anyone what's the problem? With all of the excitement building with the upcoming final installment of The Hobbit series, I was curious as to a very important question that popped up in my head: how old is Bilbo Baggins in The Hobbit versus in The Lord of the Rings?

Although I have limited knowledge of the Lord of the Rings universe beyond sporadically watching some of the films, I do know that the ring gives immeasurable power to its owners and could definitely do some pretty bad damage (bless Gollum's heart, he didn't know what was coming to him.)

I like to think i'm a more sensible gal when it comes to literature and film, but I will gladly let my curiosity take the best of me at times, like when I became obsessed with the show LOST and would sign into message boards to discuss characters and their lives when they weren't even real. #noshame. Back to Bilbo Baggins.

In The Hobbit series', Baggins is played by actor Martin Freeman, who is in his early 40s, and according to LOTR Wiki (of course there's one of those) Baggins was a "comfortable age of 50" when Gandalf hired him for his journey to reclaim the Lonely Mountain from the dragon Smaug.

Considering a hobbit's "coming of age" is 33 years old, Bilbo Baggins was like a spritely 21-year-old ready to take on the world. (Ugh, if only that would mean the same things for humans, am I right?) If we follow the history of the books, the One Ring held many powers, some positive and evil. The first obvious effect was it would grant the wearer invisibility, and it would extend the lifespan of the wearer, so no aging! This could cause some issue in determining the exact timeline of each of the worlds in the book, especially if age is not an indicator. We learn in The Fellowship of the Ring that Bilbo Baggins is celebrating his 111th birthday along with his nephew's, Frodo Baggins, coming of age birthday at 33.

If I put my mathematical skills to work, I can say with certainty that there was about 60 years between the end of The Hobbit series and the beginning of The Lord of the Rings. Of course, fans had expressed a bit of confusion with the casting decision by Peter Jackson because in LOTR, Ian Holm's Bilbo look so much older than Martin Freeman's Bilbo, when he was really not supposed to age at all.

I'm a movie and fantasy buff and all, but sometimes we need to remember that we live in a world where actors age and we need to give the guy a break, I don't think the IRL Fountain of Youth was in his budget. No matter what though, Bilbo Baggins at 111 years old is still looking damn good for his age!