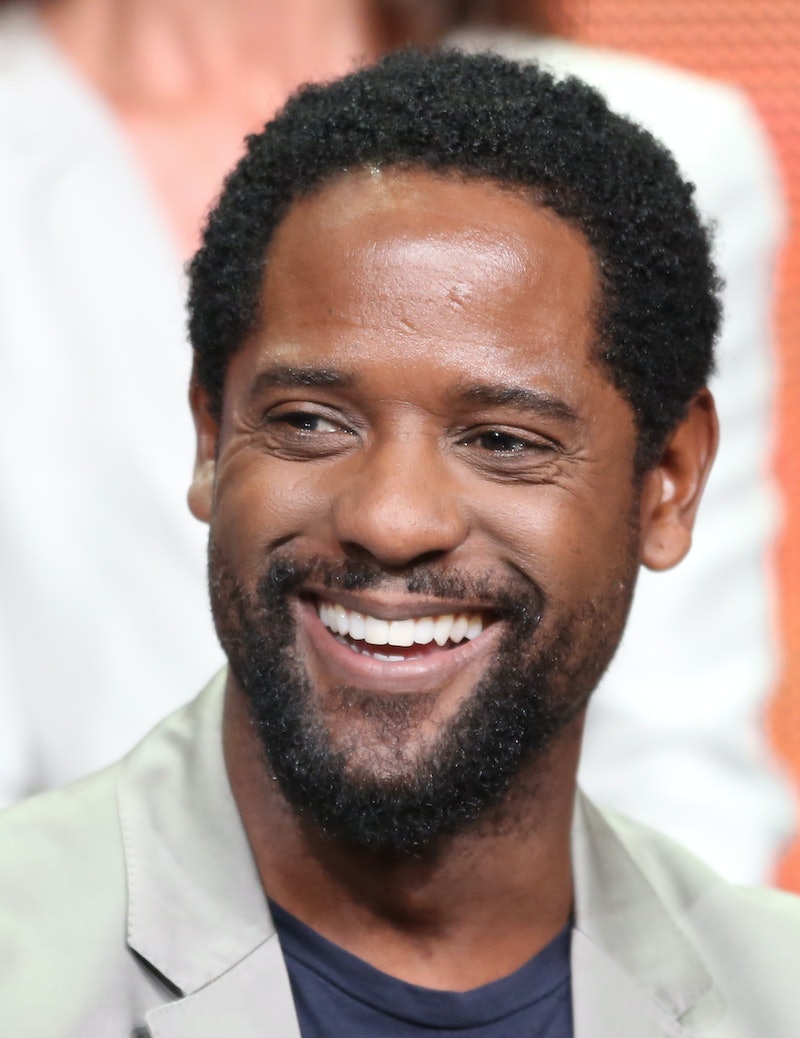 The three-month wait for Marvel's Agents of S.H.I.E.L.D. to return in the spring will undoubtedly be a torturous one, but perhaps this next bit of news will make the hiatus feel a little more worthwhile. The Wrap reports that in March, Blair Underwood will join the cast of superheroes and spies in the recurring role of Agent Melinda May's estranged ex-husband, Dr. Andrew Garner. Reportedly, Underwood's expected to begin filming this week.

As a huge fan of Underwood who appreciates him for both his acting prowess and sex symbol status, it'll be interesting to see how he merges into the Marvel fold, although given his extensive Hollywood resumé, he should ease into his newest role with no problem. The 50-year-old film and TV star has had spots on NBC's sci-fi drama The Event, The New Adventures of Old Christine, Dirty, Sexy, Money, L.A. Law, and Ironside. Oh, and does anyone else remember his short stint on Sex and The City where he played one of Miranda's love interests? Oh how I wish Dr. Robert Leeds was a real person. Shamefully, I still have a crush on that character, but I digress.

Anyway, based on my minimal Agents of S.H.I.E.L.D. knowledge, I do know that not much has been done to expose all of what are sure to be some extremely juicy details about Agent May's personal life, so adding Underwood to the fray is sure to help connect some of those dots and maybe even reveal a thing or two about her murky past. Up until this point, I'd only watched the show fleetingly (I know, shame on me), but that's nothing that a little binge-watching won't cure. Besides, the Agent Carter mini-series that debuts on Jan. 6 combined with this Underwood update gives me even more incentive to get myself in the loop before the second part of Season 2 debuts.