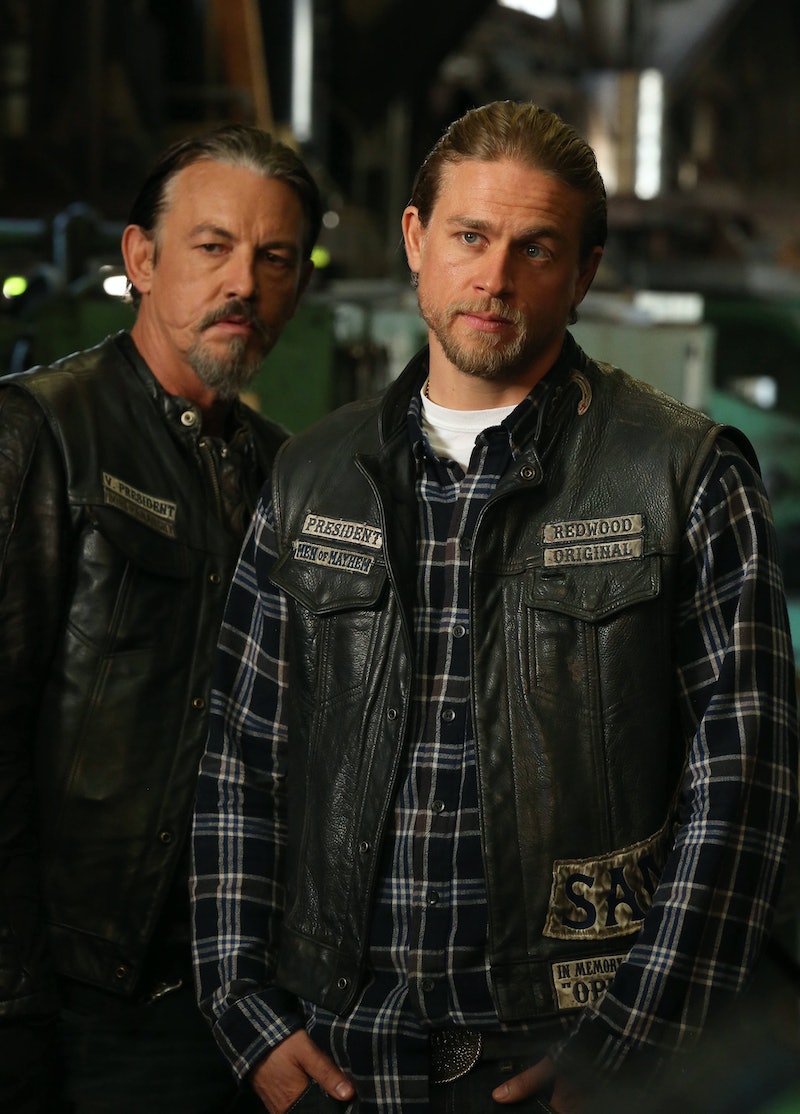 Why ya gotta be like that, Golden Globes? You would think that a popular and extremely well-written series like FX's Sons of Anarchy would finally get the proper recognition it rightly deserves in the awards department for its seventh and final season. However, when the 2015 Golden Globe nominees were announced on Thursday morning, SoA's name was nowhere to be found… like anywhere on the list. And the saddest part is, this is not the first time our SAMCRO brothers have been overlooked by this award show or really any award show for that matter. SoA has been constantly snubbed by the Golden Globes and Emmys, in particular, for years and quite frankly I can't for the life of me understand why.

Seriously, has no one on these award show nominee panels ever seen an episode of Sons of Anarchy? This has to be the case, otherwise how do you explain giving the shaft to Kurt Sutter's incredibly smart, action-packed series, especially during its final season — which had a record-breaking series finale, by the way. (NBD though, I guess.) But really, at this point any nomination would do. I mean, the raw emotions and heart-wrenching portrayal Charlie Hunnam consistently brought to his role as Jax Teller deserves to be recognized for the shear talent that it truly is. Doesn't that at least earn him a nod? Evidently not.

Honestly though, the entire SoA cast and crew have proven to be absolutely phenomenal each and every season. Jimmy Smits, Katey Sagal, Tommy Flanagan — even the guest stars (cough, Walton Goggins, cough) deserve all of the awards in all of the different categories. So to see every single one of them ignored time and time again by the nominee gods is beyond frustrating. Granted, these are the same people who have also snubbed the likes of Orphan Black star Tatiana Maslany, so really I shouldn't be all that surprised about this oversight.

Though I'm not above giving credit where credit is due. Katey Sagal did receive a Golden Globe for Best Actress in a Drama Series back in 2011, which was completely well deserved. But to have that be the only Globe nod for the show to have ever received? It just blows my mind. This show deserved better than that, making its continuous lack of recognition inexcusable. Mayhem votes for everyone!