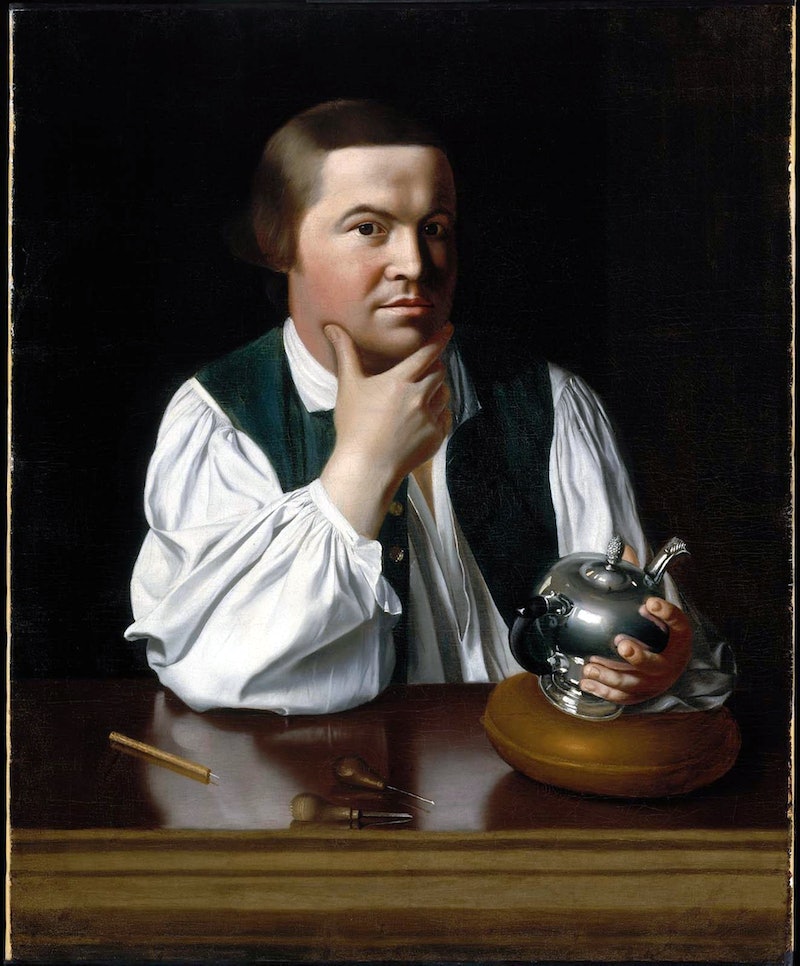 In what could possibly be the oldest U.S. artifact ever unearthed, a time capsule buried in Massachusetts by Paul Revere and Samuel Adams was found when workers were repairing a water leak on Thursday at the corner stone of the Massachusetts State House. The copper container, roughly the size of a cigar box, was green from oxidation and coated in plaster.

The time capsule was buried in 1795, the year construction of the state house began. Officials called in the head of Objects Conservation at the Boston Museum of Fine Arts Conservator Pam Hatchfield to unearth the relic. Hatchfield chiseled away at the corner stone for close to seven painstaking hours; at one point, five silver coins fell out. The coins look to be in good shape, which could be promising for how the time capsule's other contents might fare, said Massachusetts Secretary of State William Galvin to CNN.

Hatchfield said the box was heavier than she expected, though definitely intact from the removal. According to the Boston Globe, the container is believed to contain a collection of silver and copper coins from anywhere between 1652 and 1855 (the year it was extricated and reburied), newspapers, the Commonwealth seal, an engraved silver plate, cards, and a title page from the Massachusetts Colony Records, said Meghan Kelly, a spokeswoman for the Executive Office of Administration and Finance. Unfortunately, it seems like the time capsule doesn't include beer recipes.

The container was escorted to the Museum of Fine Arts by State Police, where Hatchfield said it will be X-rayed to determine the contents, WBZ reported. However, Galvin noted that there might be some damage to the coins, since some of them were believed to have been washed in acid before reburial in 1855.

Massachusetts has a rich history dating back to the founding of the nation. Earlier this year, while restoration work took place at the old State House — now a historical museum — workers found a time capsule from 1901 tucked beneath the statues of a lion and a unicorn. It contained newspaper clippings, photos, autographs, and sealed letters from politicians, according to NECN.

Galvin said the box's contents will be revealed next week, but that it will remain a time capsule, set to be reburied. He told the Globe:

Galvin conceded, however, that officials haven't decided whether or not any 21st-century objects will be included before they return it to its not-so-hiding place. May I suggest a self-portrait with the caption #selfie as an accurate representation of our time?