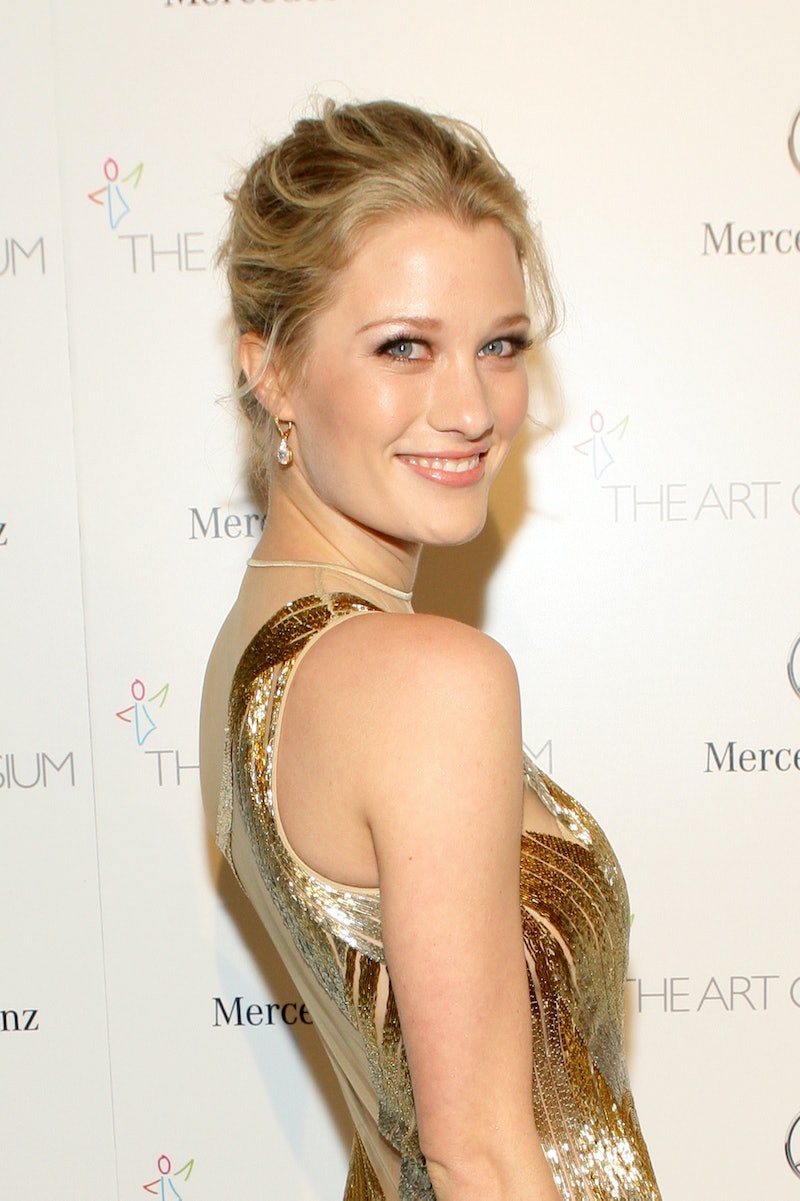 As the cast for True Detective season 2 comes together, I find myself more and more excited by the day at the prospect of the upcoming episodes. Season 1 was seriously a masterpiece, and none of us even knew what to expect from the series back then, except maybe that Matthew McConaughey in a serious role might be strange to see. But, luckily, it wasn't, and the show turned out to be one of the best mystery dramas ever. Now, with season 2 already boasting an acclaimed cast including Colin Farrell, Vince Vaughn, Rachel McAdams, Taylor Kitsch, and Rick Springfield, anticipation is high — and the group of actors gathering for this show just keeps getting better. According to Vulture, True Detective has just cast Ashley Hinshaw, of a fellow HBO show with "true" in the name, True Blood, for an arc in season 2.

Though Hinshaw is perhaps most recently recognizable for her role as Jason Stackhouse's ultimate ladylove Brigette on True Blood's final season, she's actually been in a ton of projects we all know and love: She did a guest spot on The League last year, as well as one on the dearly departed Laura Dern-starring HBO series Enlightened; additionally, she appeared in this year's The Pyramid, and in the new Paul Schneider comedy Goodbye to All That alongside Melanie Lynskey, Anna Camp, and Heather Graham.

As for Hinshaw's role in True Detective season 2, most detailas are being kept very under wraps: We do, however, know she'll be portraying a "troubled starlet," which makes sense since the show will be set in California.

Season 2 will premiere sometime in summer 2015.