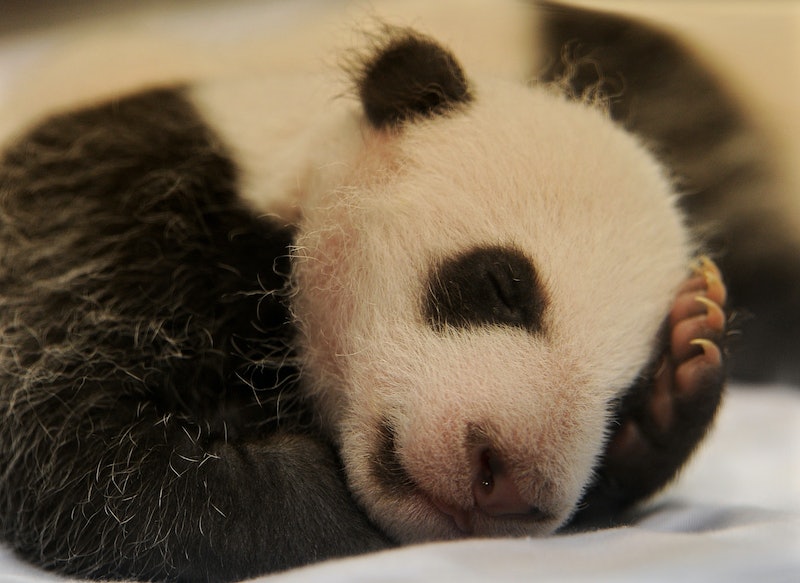 These days, there's a social media app for just about anything — networking, dating, blogging — but one uncharted territory? Sleeping. That is, until now. A new social app just launched for iOS, and it connects people from all around the globe through sleep. Using the new social alarm clock Wakie, a stranger calls you when you need to be woken up. The concept behind it is that waking up by chatting with another person is much more effective than being jarred from sleep by a repetitive, ascending ringtone. And waking up is just the beginning, since the app also, naturally, has a major social component as well.

Wakie, which is free and also available on Android and Windows Phone, allows a community of members to wake each other up or get woken up (the latter are dubbed "Sleepyheads"). All you have to do is set the app's alarm to whatever time you want to wake up and another community member is chosen by random to call you at your specified time. Each call lasts 60 seconds with a warning at the 50-second mark. Conversations can range from "Good morning, it's time to wake up" to squeezing in as much conversation as possible.

Most people hate alarm clocks, billions of people feel unhappy every day with these classic ringers and ding-congers. We make people happy with the voice of friendly strangers from all over the world who try to make you smile in the morning. A lot of people who use our service say that they started to love mornings. The better you start your day the better you feel yourself for the rest of the day.

In fact, the app's unofficial slogan is "Start your day with a smile instead of a frown." But will everyone be happy with this kind of service?

The app extends beyond just an alarm clock with people. There's also an in-app forum where members can message with other members. This way, you can connect with that gravely voiced guy who woke you up with his personal rendition of "Call Me Maybe" and see if he also happens to live in the tri-state area. Maybe he'd like to wake you up in person sometime? You get the point.

The app is currently working on a paid-for premium version that would extend the phone calls to five minutes and show you the gender of the person you're talking to. You can also view their profile after the call. It's kind of like a reverse format of the typical dating app — talk first and then see what they're all about. Who knows? Maybe reverting back to the old-fashioned phone call could be a game changer for online dating.

Wakie isn't just a nifty idea that could potentially lead to some happy coupling; there's a science behind the concept. Adjamian told TechCrunch:

A lot of people keep snoozing alarm clocks and still can’t wake up. Our research shows that a 1 minute talk to a stranger wakes your brain up with a 99 per cent guarantee. When someone asks you questions in the morning your brain has to wake up to answer. Also you try to be kind, you try to turn on your social pattern of behaviour. After the call you can’t sleep anymore even if you had a short sleep.

It's true. I've noticed that if I answer a text after I hit snooze or even check Instagram, I have a much harder time going back to sleep than if I just hit snooze and closed my eyes again.

Where It Could Fail Horribly

With an app like Wakie, that entails calling total strangers, the ways in which it could go wrong far exceed the one way it's supposed to work. For example, people with a penchant for mischief could join and turn the entire thing into a platform for prank calling. They could wake someone up to "Ride the Lightning" by Metallica on blast. They could start the call with "What are you wearing?" I mean, the possibilities are endless. And yes, these people with too much time on their hands could just go about it the old-fashioned way with a phone book and a land line, but it's more fun to ruin someone's good intentions.