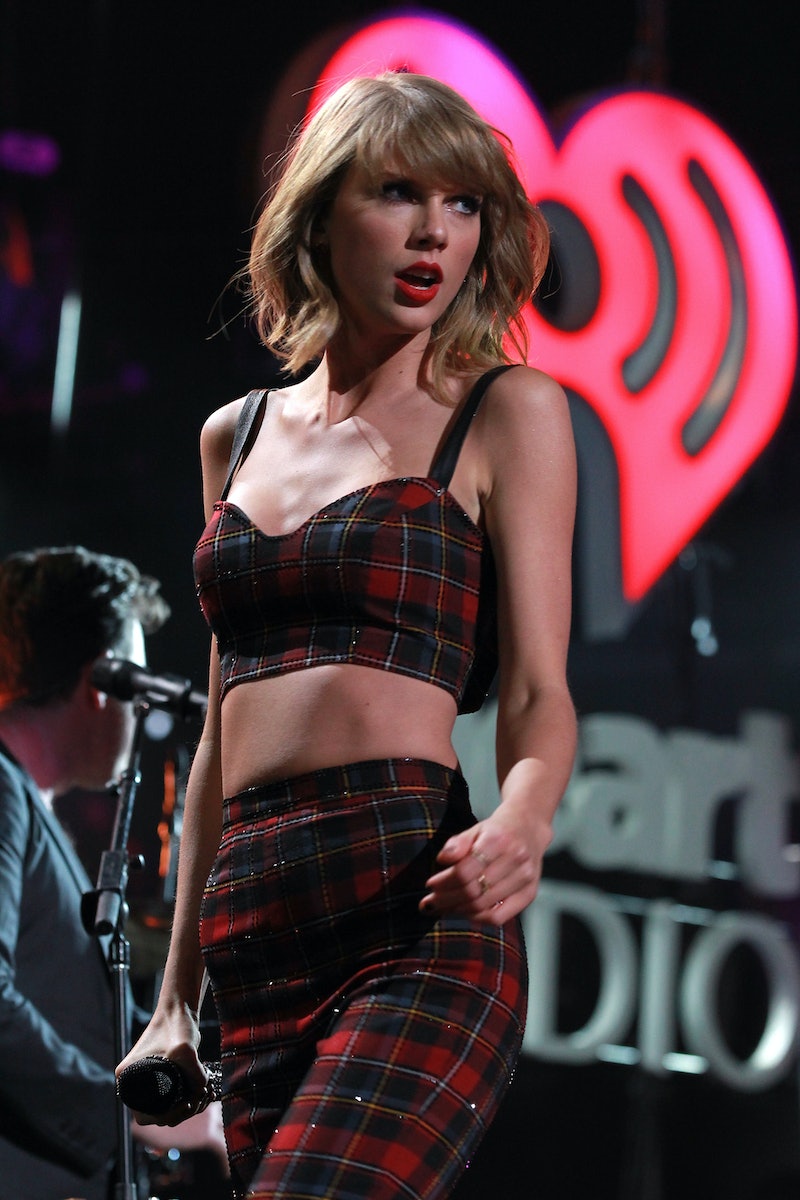 Neither Hell, nor high water, nor Mid-Atlantic winter weather can vanquish the spirited upper-stomach trend. Last night at the New York performance of Jingle Ball 2014, Taylor Swift, Ariana Grande, Iggy Azalea & Charli XCX all wore outfits that bared a bit of upper abdominal. After all, who doesn't love a high-waist bottom to crop-top outfit ratio?

At the Madison Square Garden show on Friday, Azalea gave us a front row ticket to the upper midriff show in a hunter green bra top layered under a black mesh shirt. She tucked into a pair of high-waisted pants. Iggy's musical sister from another mister Charli XCX coordinated with Azalea for their performance of Fancy. The "Boom, Clap" singer wore a hunter green lurex crop top with a high-waisted pleated skirt, with her upper abs just peeking out to say HAY!

Keeping up the trend of northern belly exposure, Ariana Grande sported some white frilly briefs and a bra top during her performance with Jessie J. Taylor Swift wore a plaid 2-piece set consisting of a bustier top and a pair of fitted high-waisted pants. It was a trendy trend-suit fit for the birthday girl, as she turned 25 at the stroke of midnight. Mazel Tov to her and her coy belly button!

Here's Charli's club kid-midriff, adorable as always, stopping by for a chat with her gal pal.

Ariana Grande showed off her ribcage region in a fashion girdle and a lace-trimmed bra top. What is she for SantaCon? She's a sexy reindeer. Duh.

Swiftie's midriff purged all of its feelings by letting out an intensely satisfying primal scream.

Even in the press room, the stomach party continued with Azalea, Swift, and Charli XCX's outfits. It's just nice to give that area some air, ya know?

Swift demonstrated that even one-piece garments can let your belly breathe.

Charlie took it a step further, proving that you don't even need a cutout to get in on the tummy trend. You can just wear a sheer neglige with some clever pom-pons over your lady parts. PS, love that she got into her glam jammies right after a grueling day at the office. A gal after my own heart, this one.