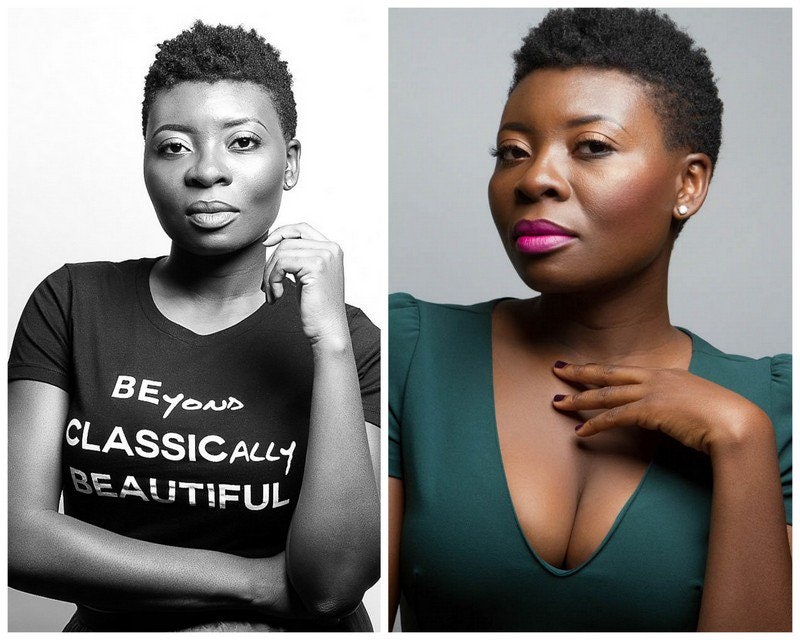 In the fourth episode of "How to Get Away With Murder," the show's main character, Annalise Keating (played by Viola Davis), took off her wig and removed her makeup, rubbing roughly at her face and stared daringly into her mirror. It was a raw scene, but while many considered it a reaction to her crumbling and deceiving on-screen marriage woes, what I saw was the all-great Shonda Rhimes calling out Alessandra Stanley's New York Times' article, in which she writes that Viola Davis is "less-classically beautiful." Davis dominated the rest of the season and primetime television, receiving a SAG and Golden Globes nomination for her role in the "Thank God It's Thursday" series. And now, Abi Ishola has created a photo series celebrating black women who are beyond classically beautiful because "less" is something she simply can't settle for.

Not long after Stanley's story circulated the Web did people of color begin taking to Twitter, posting pictures of themselves with the hashtag #LessClassicallyBeautiful. While it was well-received, journalist and blogger, Ishola, was not satisfied. On her blog, Scripts and Sightings, she introduced her new photo series, writing:

I was immediately inspired by all the beautiful brown women who took to twitter to show off their own beauty with the hashtag #LessClassicallyBeautiful in solidarity with Viola Davis, but as I thought about how diversely beautiful black women are, I couldn’t accept that label. From there, the idea for “Beyond Classically Beautiful” was born.

"Beyond Classically Beautiful" features women off all shades and hairstyles, modeling t-shirts that read BEyond CLASSICally BEAUTIFUL, which are on sell in Ishola's Etsy shop.

The words on the shirt include a hidden message--"be classic"-- which Ishola says means "of the highest standard." The series was shot by her husband and a behind-the-scenes video features models sharing intimate anecdotes of how they have come to embrace being black and beautiful. The complete series is available on Scripts and Sightings.