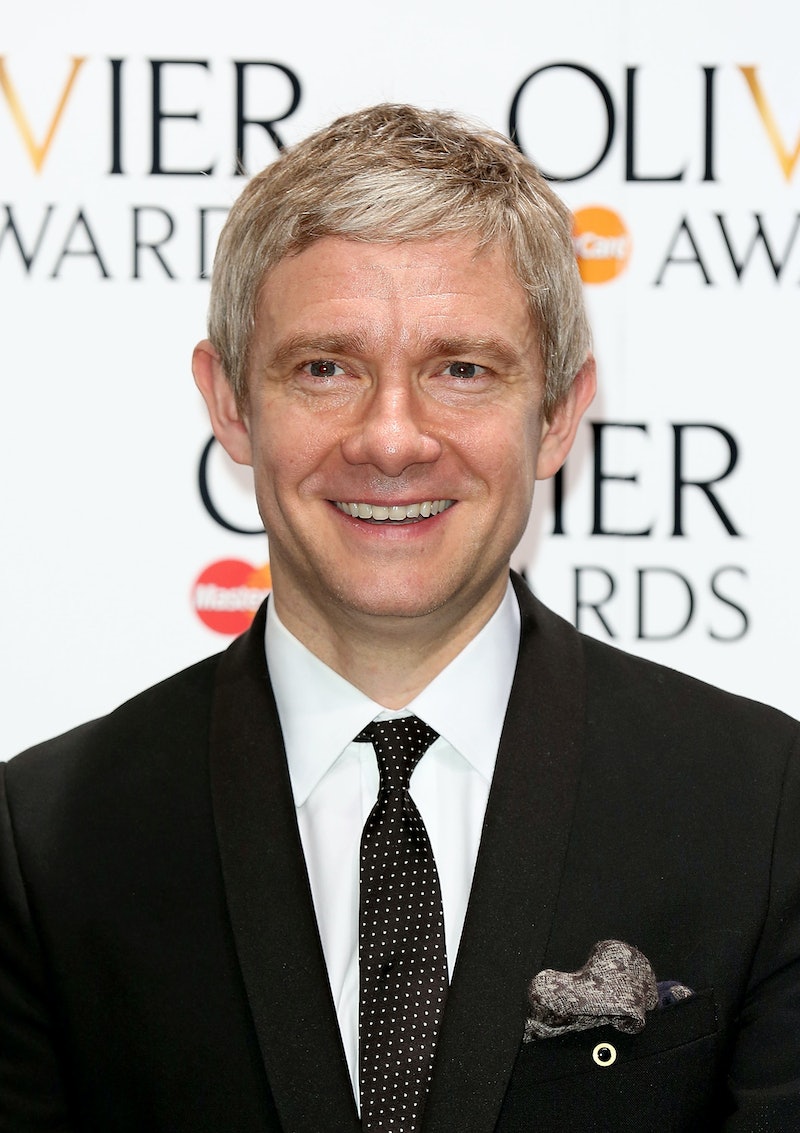 There are really few things better than knowing that some of our favorite celebrities, though ultra-famous and ultra-rich, are actually just like us. It’s nice to hear that not all of them have completely been taken over by their stardom and aren’t afraid to reveal their true personalities — even if a little bit nerdy — to the rest of the world. This is exactly why I was overjoyed when Martin Freeman played a game of “antler ring toss” with Jimmy Fallon on The Tonight Show recently, proving that even the coolest actors are huge weirdos like their fans.

Freeman, who is known for his role as Dr. John Watson in Sherlock alongside his other A-lister friend, Benedict Cumberbatch — and for his participation in all three installments of The Hobbit, of course — got downright ridiculous with Fallon on Friday.

Donning a giant antler helmet with Fallon and tossing brightly colored rings at each other’s heads, the pair looked like a bunch of stone cold sober college students playing a really bad game of beer pong. Freeman lost, but like Fallon said, “There’s no reason you should be good at this.”

Though definitely not the craziest game Fallon has made his guests play (remember when he actually tried to challenge Jason Statham to a hamster ball race?!), it brought out the kid in both of them. Can anyone imagine Kim Kardashian playing antler ring toss? Yeah, probably not. (Okay, she did compete in that diaper changing contest with Jimmy Kimmel, but that’s not exactly out of the ordinary since she is a mom now.)

Freeman was such a trooper and not to mention a good sport during the game. Though he's reached monumental amounts of success recently, it's certainly refreshing to see that goofy side of him that he’s always had since starting his career in the movie industry hasn't gone anywhere. You go, Martin Coco!

More like this
Jake Daniels Just Became The UK’s First Active Football Player To Come Out As Gay Since 1990
By Sam Ramsden
What Is Jeanie Buss' Net Worth? The Lakers President Is Uber Rich
By Hugh McIntyre
Selena Gomez’s ‘SNL’ Hosting Debut Had Twitter Gushing Over ‘Barney’ & Wigs
By Stephanie Topacio Long
Lizzo Shared An Iconic Throwback Robert Pattinson Photo With No Context
By Brad Witter
Get Even More From Bustle — Sign Up For The Newsletter