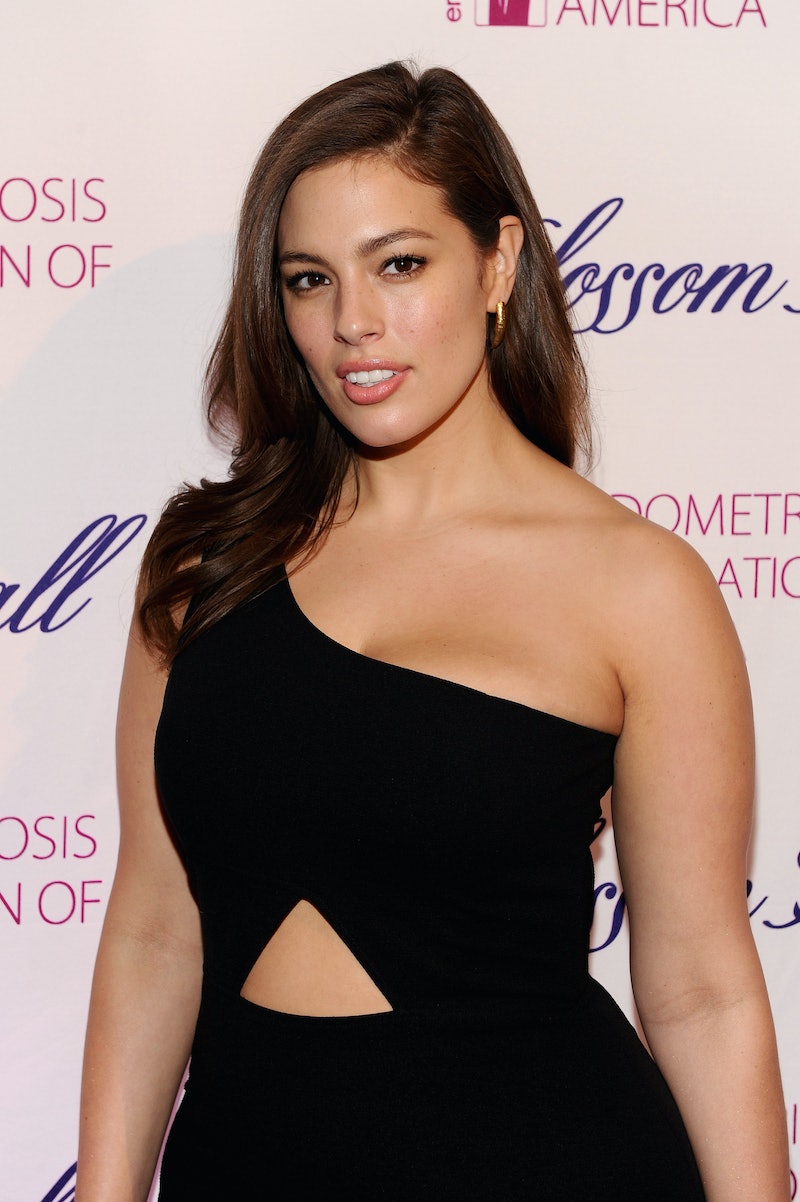 Ashley Graham is total dream babe material — she's one of the most prominent plus-size models out there, she's a lingerie designer, she's involved in charitable work, and she's been an outspoken advocate for the visibility of plus-size models. This week, Graham is contributing to size diversity even more by joining Kendall Jenner's striptease and Hailey Baldwin's racy clip on this year's lingerie advent calendar from LOVE Magazine. And I'll be honest: When Graham announced her video contribution on Instagram, I freaked out — I had been wishing they'd feature a plus-size babe in their ranks all season. With plus-size fashion having a banner year, and the models who show off the clothing becoming just as well known and buzzed about as the models whose names have been on our tongues for years, Graham's inclusion in the calendar only made sense. I mean, she just featured in Vogue's "The Best Lingerie Comes in All Sizes" photo shoot alongside other voluptuous beauties like Tara Lynn and Candice Huffine, making her the perfect candidate. What is there not to be completely smitten with about this addition to the calendar?It's definitely not Graham who disappointed — she's looking as stunning as ever and is completely captivating in the clip. Rather, it's the editing and the lack of airtime for Graham's curves that's frustrating. The same set with the same director and concept has already been featured a few times during this year's countdown. However, the other models featured have had a wide variety of shots — while Graham's seem mostly focused on how great her bust looks in that Philipp Plein bra with her accompanying sultry pout. Don't get me wrong... I could look at her face and that bra all day! It just seems like a waste to use a model with such famous and notoriously wonderful (they were banned from TV) curves, but allow most of them to remain off-camera.

So I'm left in awe of Graham's beauty, but also wondering whether the same production choices would have been made had she not been a plus-size model.

More like this
Bustle Newsletter: May 6, 2022
By Stephanie Talmadge
10 Swoon-Worthy Beauty Looks From The 2022 Cannes Red Carpet
By Olivia Rose Ferreiro
10 Ways To Modernize The Early '00s Frosted Eyeshadow Look
By Olivia Rose Ferreiro
Millie Bobby Brown's Blonde Hair Is Very Britney Spears Circa 2002
By Paris Giles
Get Even More From Bustle — Sign Up For The Newsletter