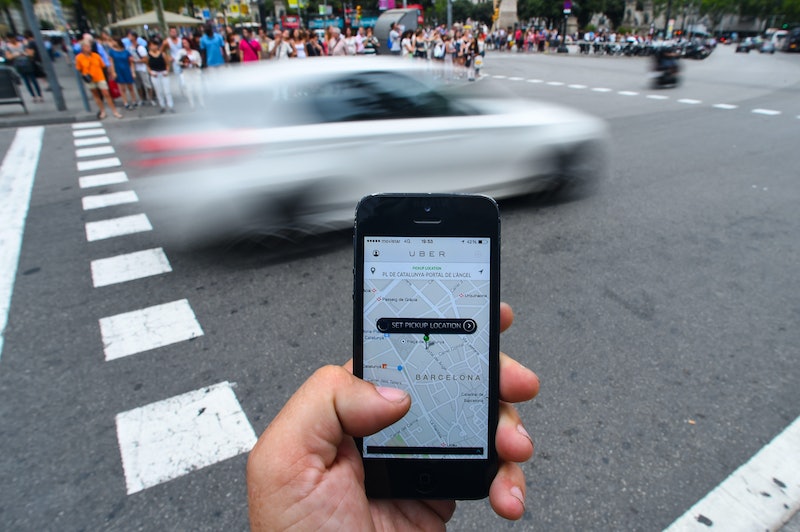 Thought Uber couldn't get much worse? According to Mashable, in response to the hostage situation in Sydney, Australia, Uber upped prices for rides in downtown Sydney — in other words, over-charging transportation for everybody looking to leave downtown Sydney as soon as possible. Later, Uber backpedaled and made journeys free for all riders. The situation, which involves at least one gunman and at least a dozen hostages held in the Lindt Chocolate Café, prompted the evacuation of several buildings in the heart of city, including Sydney Opera House and the city's U.S. consulate.

Uber told Mashable in a statement that prices automatically go up when supply exceeds demand — and with many Sydney citizens trying to exit the heart of the city, there's no doubt that Uber and other taxi-app companies are in high demand. To prevent a surge in price in emergency situations, however, Uber had previously promised to limit "surge pricing" in the case of natural disasters and emergencies — and later Sunday, it made good on that promise by making all rides free from downtown Sydney. According to Mashable's source, Uber had charged up to four times the standard fee for a ride.

We are all concerned with events in CBD. Fares have increased to encourage more drivers to come online & pick up passengers in the area.

Uber has had its share of bad PR lately, to say the least. From threatening journalists to the alleged assault of a passenger of an Uber in India — not to mention Uber London allegedly paying off a woman who said her driver had sexually harassed her — one of the fastest-growing companies of the moment is steadily becoming the least popular. The pressure to boycott Uber has sparked reports that Lyft, Uber's bitter competitor and long-term runner-up in the app-taxi game, will see a surge in business from Uber's former clientele.

Later Sunday, Uber Sydney announced via Twitter that all rides would be free from then on.