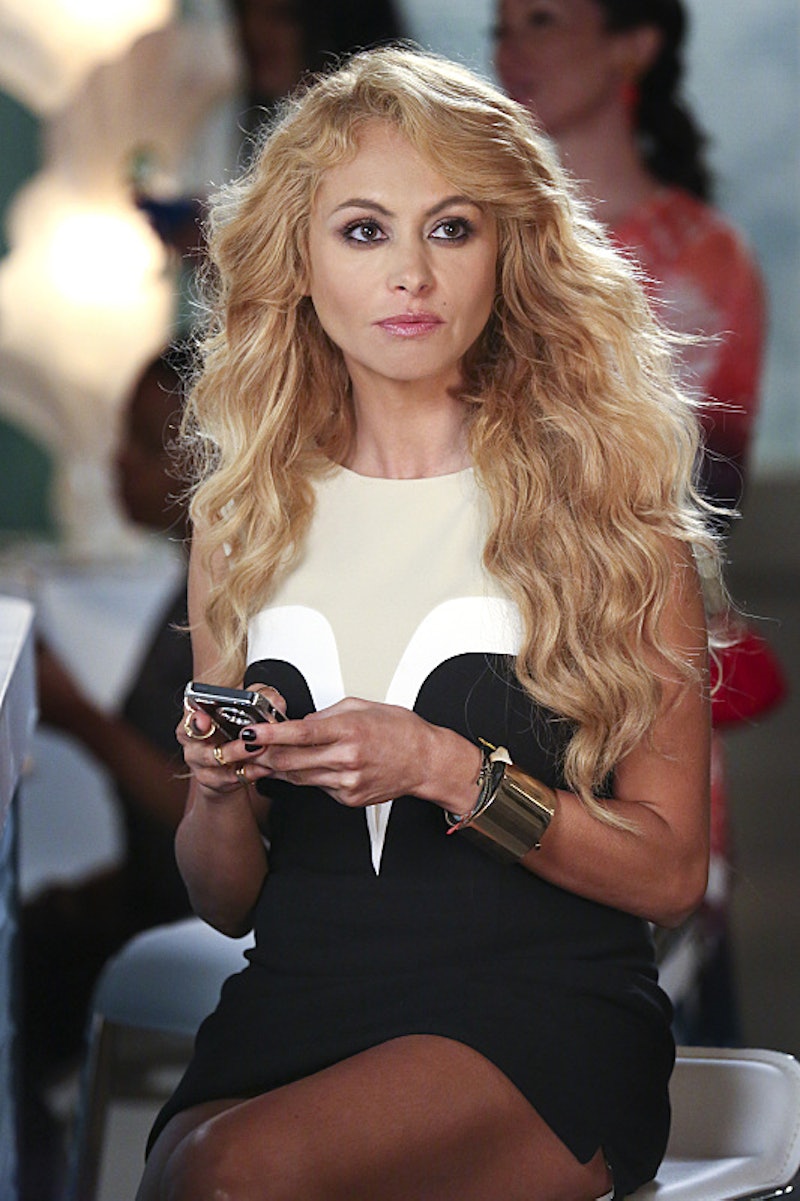 It's always important to remember your roots and where you came from. The CW's breakout hit Jane the Virgin does this well. Based on the Venezuelan series Juana la Virgen, the American version of the show never forgets its telenovela roots. After all, Jane Villanueva and her family is totally addicted to them (and delicious grilled cheese). Not only that, Jane's biological father is telenovela star Rogelio de la Vega (played by real-life star Jaime Camil). Next up, Jane's mom Xiomara will meet her musical hero Paulina Rubio on the midseason finale of Jane the Virgin , premiering Monday night.

The superstar will play herself in The CW dramedy's next episode and series creator Jennie Snyder Urman told Entertainment Weekly she had planned on featuring The X Factor USA judge since day one. “When I wrote the pilot, I had in the back of my mind, the hope that one day we’d have Paulina Rubio on,” Urman said. “It’s a great moment for our character, and for our show. I couldn’t be more thrilled. Just like Xo, I’m a huge fan!” Could she be giving music advice to aspiring singer Xo? Or will she sing one of her own tunes? We'll have to tune in to find out, but here's what you should know about Rubio.

The single was from her album Border Girl, which sold 500,000 copies and got certified gold.

Rubio may have only had one major hit in the U.S., but she's had continued success in the Latin market. She's released 10 albums since her debut in 1992 and she's got another one due out in 2015. She also tours regularly and has appeared in some Spanish soap operas of her own earlier in her career. Rubio has also done duets with Pitbull and Taio Cruz.

Rubio was a judge for the American version of The X Factor in 2013 along with Simon Cowell, Demi Lovato, and Kelly Rowland in the third season. Unfortunately, the show was canceled in 2014, but the singer went on to appear on the Spanish version of The X Factor, which focuses on kids 8-15 years old. Rubio has also been a judge on La Voz Kids, a Telemundo singing competition open to children ages 7-14.

And now Rubio can add a guest stint on one of 2014's best new series to her already impressive resume.