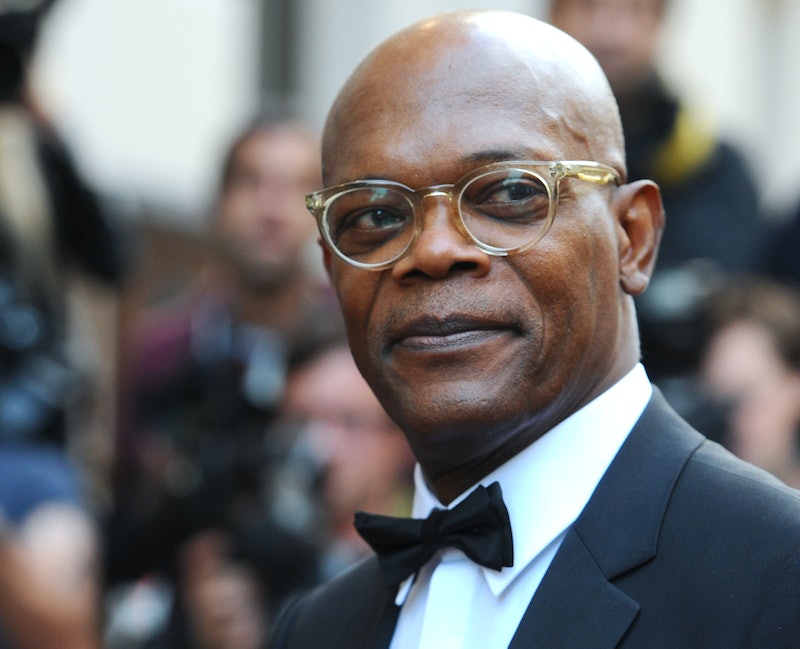 Remember when the ALS Ice Bucket Challenge was a big deal? It seemed like every other day we were getting a new celebrity, or series of celebrities, raising awareness for ALS by making a video of themselves getting a bucket of ice water dumped over their heads. This became so ubiquitous that you could even make an Ice Bucket Challenge Halloween costume if you wanted to and everyone would automatically know what you were referencing. Now Samuel L. Jackson is giving celebrities a new challenge to take viral. On Saturday, the actor posted a video to his Facebook account, encouraging the same people who took a stand for ALS to take a stand against the new epidemic that's sweeping America.

"All you celebrities out there who poured ice water on your head, here's a chance to do something else," said Jackson in his video, which has since been shared on Facebook over 50,000 times and been viewed by over 1 million people. "I challenge all of you to sing the 'We ain't gonna stop, 'til people are free' song." He then proceeded to sing the lyrics:

I can hear my neighbor cryin' 'I can't breathe'

Now I'm in the struggle and I can't leave

Calling out the violence of the racist police

We ain't gonna stop 'til people are free

We ain't gonna stop 'til people are free

The song has become one of the many ways that protestors calling for justice for the unarmed blacks who have been shot to death by police, especially in the last month alone, have been making their voices heard. With this video, Jackson is calling for the other celebrities of the world, whose names carry a cache that would spread the message to even more ears nationally and internationally, to take a stand. Between Jackson and the likes of John Legend and Chrissy Teigen showing their support for protestors, the number of stars taking an interest in this civil movement is truly inspiring.

Check out Jackson's video below.