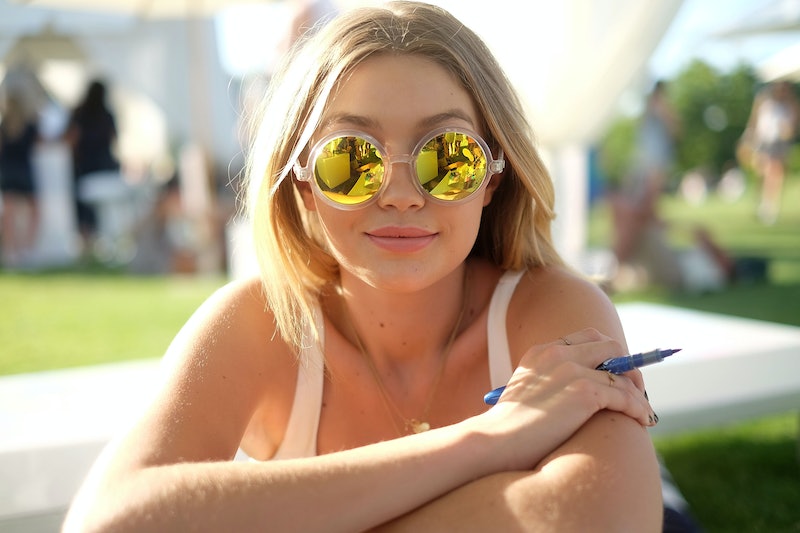 Kendall Jenner may be the toast of the under-21 set in the modeling world, but Gigi Hadid is nipping at her Louboutins. Gigi Hadid might be the new face of Victoria's Secret, something she hinted at in a weekend tweet. Hadid ultimately did not walk in the brand's infamous holiday fashion show despite plenty of rumors that she would strut her stuff, so the seeds of a relationship seem to be somewhat planted.

Hadid, who dates blonde Aussie pop singer Cody Simpson, tweeted a goofy and silly pic, noting that she was on set for PINK, which you already know is the brand's hugely successful leisure wear range aimed at co-eds. So either she's doing a one-off shoot or it could be the start of something much, much bigger. The said, she did look super cute in her striped sweater.

At just 19, Hadid, who, like Kendall, has reality TV roots since she is the daughter of onetime Real Housewives of Beverly Hills leading lady Yolanda Foster, is already racking up some serious modeling credits. Her resume is already littered with high-end and mass designer names, like Tom Ford and Guess.

Jenner better make a little room at the top of the modeling food chain, since Hadid is on the ascent, as well. But let's chill out and not start thinking about cat fights or model infighting and drama here. Jenner has the dark-eyed brunette thing on lockdown, while Hadid is a blue-eyed blonde, so they are both gorgeous and look nothing alike. Plus, there's plenty of work to go around.