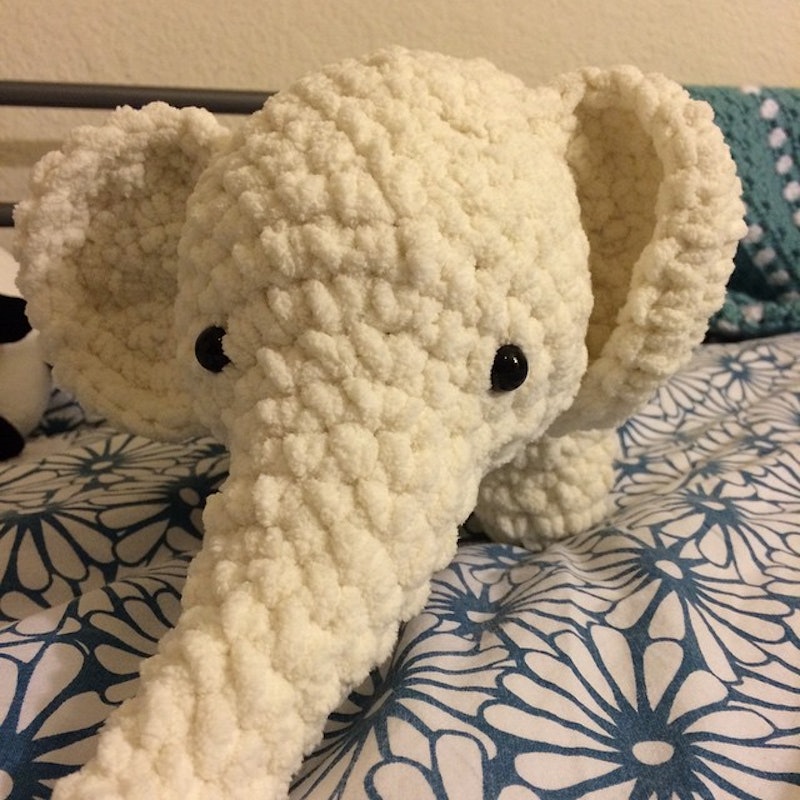 Three of my favorite words in the English language are "judgment free zone," and nothing in the world personifies that notion more than a white elephant party. But where exactly did the term white elephant come from? If you haven't been to one of these shindigs before, a white elephant party is basically where everyone in a friend group or a work group gets together and each of them brings the worst or most ridiculous gift they were given that year, and do a gift swap. But alack, nothing in life is quite that easy. There are rules that everyone must abide by: You each pick a number to determine who gets to pick each gift first, but you're not safe even then—each gift can be stolen by another person up to two times, so even if you manage to snag that Hello Kitty waffle iron (I SAID JUDGMENT FREE ZONE), there is no guarantee that you'll get to take it home.

Basically white elephant is chaos on ice, which can either result in beautiful pandemonium or that incredibly sad episode of The Office where white elephant basically pulverized the emotional stability out of Jim and stopped him from declaring his love for Pam an entire season ahead of time. What is nice about white elephant is that it is often a great icebreaker if you're inviting several friend groups or a large office of people who don't always work together, and takes all the pressure off of holiday shopping and brings back all of the hilarity.

But odds are you knew all of this, and already have that questionable set of frog coasters from your grandma ready to go for this year's get-together. But what you might not have known was where the idea for the first white elephant party came from in the first place. Hold on just a second while I get my monocle and encyclopedia. *Ahem*

As a result of their sanctity, white elephants were forbidden from performing any kind of manual labor. So basically anytime you got a white elephant, you got this really pretty, difficult-to-maintain, ginormous animal that couldn't do anything for you in return.

However, it wasn't until the US gained interest in trading with Siam in the mid-1850s that white elephants were ever considered a "burden". In Southeast Asian culture, the burden of a white elephant was worth the legitimacy it brought to someone's honor or rank, but when the US started trading with them, they not only thought of the elephants as cumbersome but felt that the idea of it was misleading because most white elephants are actually more flesh-colored, and not white (the term "white elephant" in Thai means more loosely "strangely colored" or "white in appearance", so it didn't seem that way to them).

Travel writings from traders who journeyed back and forth between Siam established the term "white elephant" as a lavish but burdensome gift. In the early 1900s, people started having "white elephant sales" in stores, or exchanges between people in markets, and eventually it manifested into the white elephant parties we know and love today.