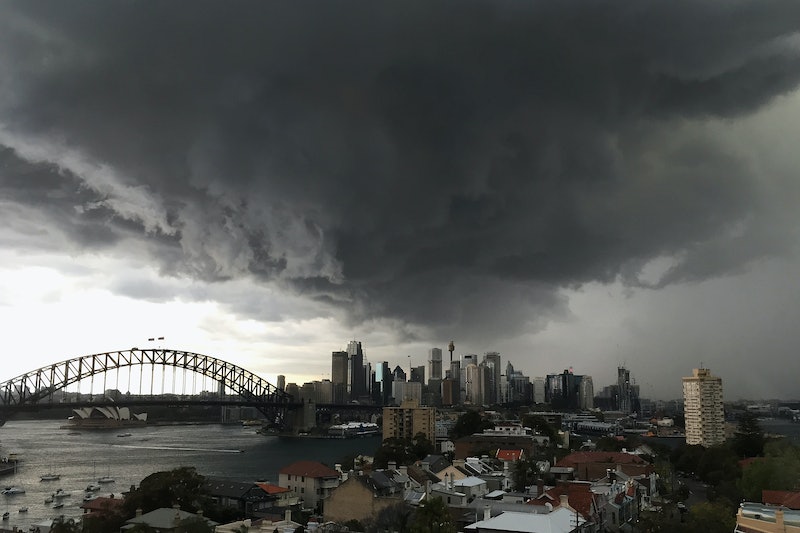 As Sydney's harrowing hostage situation continues into Monday, authorities apparently allowed Australia's ABC News to identify the Sydney hostage taker as Man Haron Monis, an Iranian refugee embroiled in legal battles related to dozens of sexual assault charges and poisonous letters he sent to dead soldiers' families between 2007 and 2009. Monis had been granted political asylum in Australia, and, according to his ex-lawyer who spoke to ABC, his identification confirms, "This is a one-off random individual.... It's not a concerted terrorism event or act.... It's a damaged-goods individual who's done something outrageous."

Many Muslim groups in Australia echoed these sentiments Monday, saying they hoped dearly for a peaceful resolution to the hostage crisis. On Monday morning in Australia, Monis walked into Lindt Chocolate Café in Sydney's financial district with a gun and took a number of customers and staff hostage, where all but six have remained ever since. He's reportedly demanded an ISIS flag and a phone call with Australia's prime minister Tony Abbott. Meanwhile, Sydney's residents are supporting the city's Muslim community; the hashtag #IllRideWithYou offers to accompany any Muslim who feels threatened while taking public transportation Monday.

According to Reuters and ABC, Monis is facing dozens of sexual assault and indecent assault charges, plus a charge of being an accessory to murder of his ex-wife. He also wrote hateful letters to the families of deceased soldiers, for which he pleaded guilty, along with his wife — who, according to the Telegraph, once approached the relatives of a deceased soldier at that soldier's funeral.

Said his former lawyer to ABC:

Knowing he was on bail for very serious offences, knowing that while he was in custody some terrible things happened to him, I thought he may consider that he's got nothing to lose.