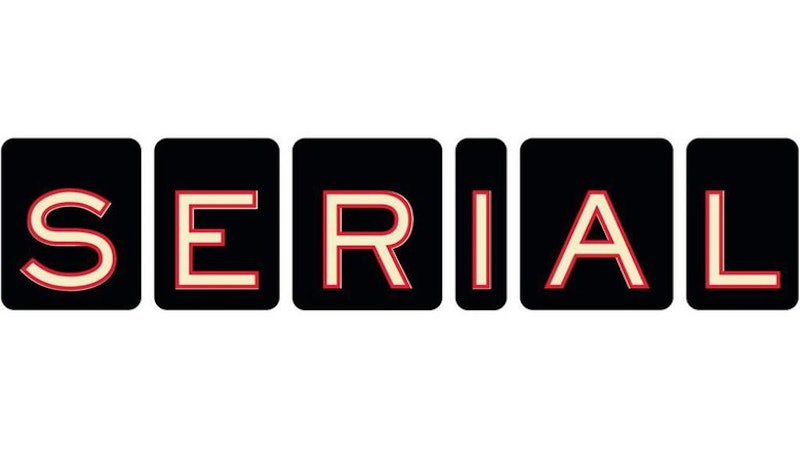 Over the course of Serial Season 1, I've googled a seemingly infinite combination of keywords to try to unearth a picture of Adnan Syed's lawyer, Cristina Gutierrez. As they so often do, the magnanimous Serial community on Reddit has valiantly come to my rescue. After months of doodling an imaginary version of her in my mind, we finally have a picture of Adnan's lawyer Cristina Gutierrez. You'll be happy to know that her extremely polarizing speech mannerisms don't look totally incongruous to her face.

People had plenty to say about Gutierrez's characteristic voice and nonlinear arguments after Serial's tenth episode "The Best Defense is a Good Defense." One Twitter user, Dave Housley, described her "courtroom rhetorical style" as "Cosmo Kramer Defends Himself." While we've learned plenty about Gutierrez from the clips of her talking in the courtroom, but there have been scant pictures to provide a visual.

That is, until now. On a thread dedicated to finding an image of the late criminal defense attorney, Redditor nomickti shared a vintage Baltimore CBS video that showed Gutierrez. The video in question summed up the case of one of Gutierrez's former clients John Merzbacher. To quickly summarize for you, Gutierrez represented Merzbacher back in 1995, and her client was convicted of numerous counts of child rape and sentenced to four life in prison terms. In 2012, Merzbacher appealed his punishment, because Gutierrez allegedly didn't tell her client about a potential plea deal that could've led to a reduced sentence.

From this video, there are screenshots to be taken! Behold! Here is Cristina Gutierrez "stepping out" of a Baltimore courthouse circa 1995.

There she is. Glasses, '90s hairdo and all. Can't you just see this lady yelling indignantly, "THE PROSECUTOR IN THIS CASE HELPED PROVIDE YOU A LAWYER?!"

Thus far, I've kinda been picturing her as Grace, Principal Rooney's secretary from Ferris Bueller's Day Off . It's something I can't really explain.

After visualizing the "righteous dude" lady in the courtroom for all this time, I'm glad to finally make an accurate assessment of this voice to its rightful face.