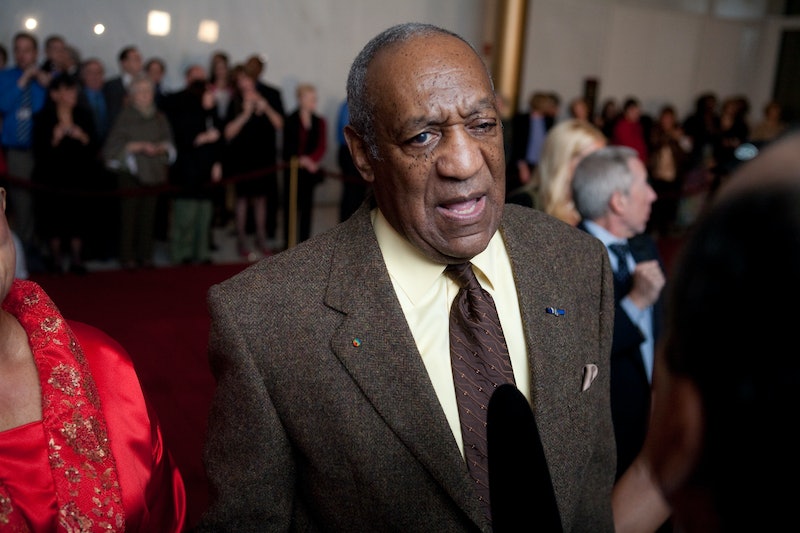 Here's another split to add to the long list of those cutting ties with the former Cosby Show star. Spelman College has suspended its Bill Cosby professorship in light of the many women accusing Cosby of sexual assault, per the Atlanta Journal-Constitution. Based in Atlanta, the college decided to indefinitely end its $20 million professorship titled the William and Camille Olivia Hanks Cosby Endowed Professorship funded by Cosby and his wife Camille, which was first formed in the 1980s. School spokeswoman Audrey Arthur told AJC:

The William and Camille Olivia Hanks Cosby Endowed Professorship was established to bring positive attention and accomplished visiting scholars to Spelman College in order to enhance our intellectual, cultural and creative life. The current context prevents us from continuing to meet these objectives fully. Consequently, we will suspend the program until such time that the original goals can again be met.

Based on this statement, the all-female school (Cosby's own daughters attended Spelman) will seemingly reinstate the program once its original goals of positivity, intellect, culture, and creative life are again reached. However, I doubt that will happen, especially anytime soon. The sexual assault allegations revolving around Cosby are just beginning, and, sadly, more and more alleged victims (nearly two dozen) continue to step forward. At this rate, all the good Cosby once did will mostly likely be undone based on all the allegations, similar to Cosby's alma mater UMass-Amherst cutting ties with their alum. It's a tragic situation and those severing ties with Cosby really come as no surprise or shock.

I also have a feeling Cosby's most recent statement, made on Saturday, Dec. 13, will drag him further through hot water. He told the New York Post, "Let me say this. I only expect the black media to uphold the standards of excellence in journalism and when you do that, you have to go in with a neutral mind."

Basically, this isn't the last time we'll hear about Cosby, the accusers (rightfully so), and those eradicating Cosby from programs and education, along with taking away his honorary titles.

Cosby's lawyer has previously released statements dismissing the claims. The first of which reads,