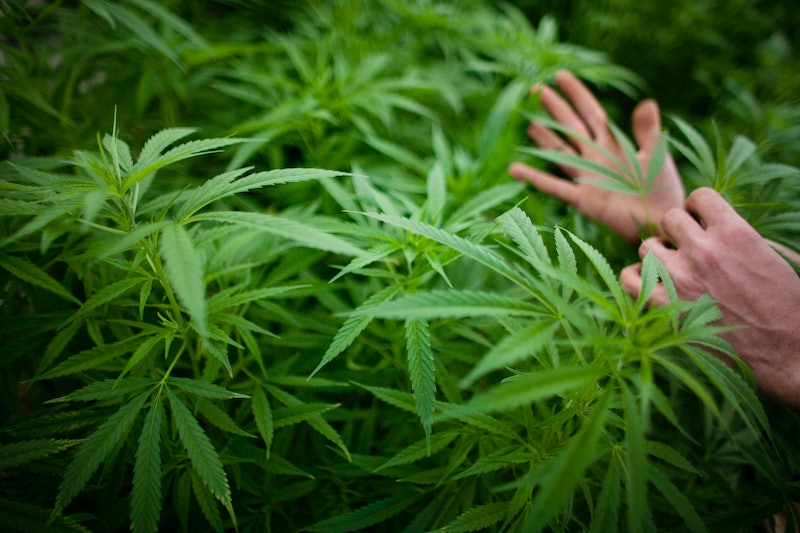 Along with women's reproductive freedom, gun control, capital punishment, and the Kardashians, the legalization of marijuana is one of the most talked about issues here in America. Whether you view it as a legitimate medicinal drug, a gateway to harder substances, or just a fun way to emulate the Cannabis King himself (Snoop Lion née Dogg), everyone and their mother seems to have an opinion on it. Scratch that, I mean everyone and their grandmother.

The inaugural episode of VICE's new show, Bong Appetit , introduces us to 91-year-old Aurora Leveroni, aka "Nonna Marijuana," who most definitely bakes cookies better than your relatively uninteresting Granny. Her secret recipe? The good shit. Nonna started experimenting with what she calls "nature's medicinal leaf" a few years ago after her daughter Valerie began using it to relieve the severity of her grand mal epileptic seizures.

Although Nonna herself doesn't ingest the controversial drug, she has become quite the expert in all things ganja. Her culinary specialty is the Italian classic chicken cacciatore, revamped into "chicken pot-cciatore" (adorable) with the addition of a little marijuana-infused butter. The episode also highlights a few other homemade edibles, including an energizing drink and a candy-capped ice cream. *Drooooooooool*