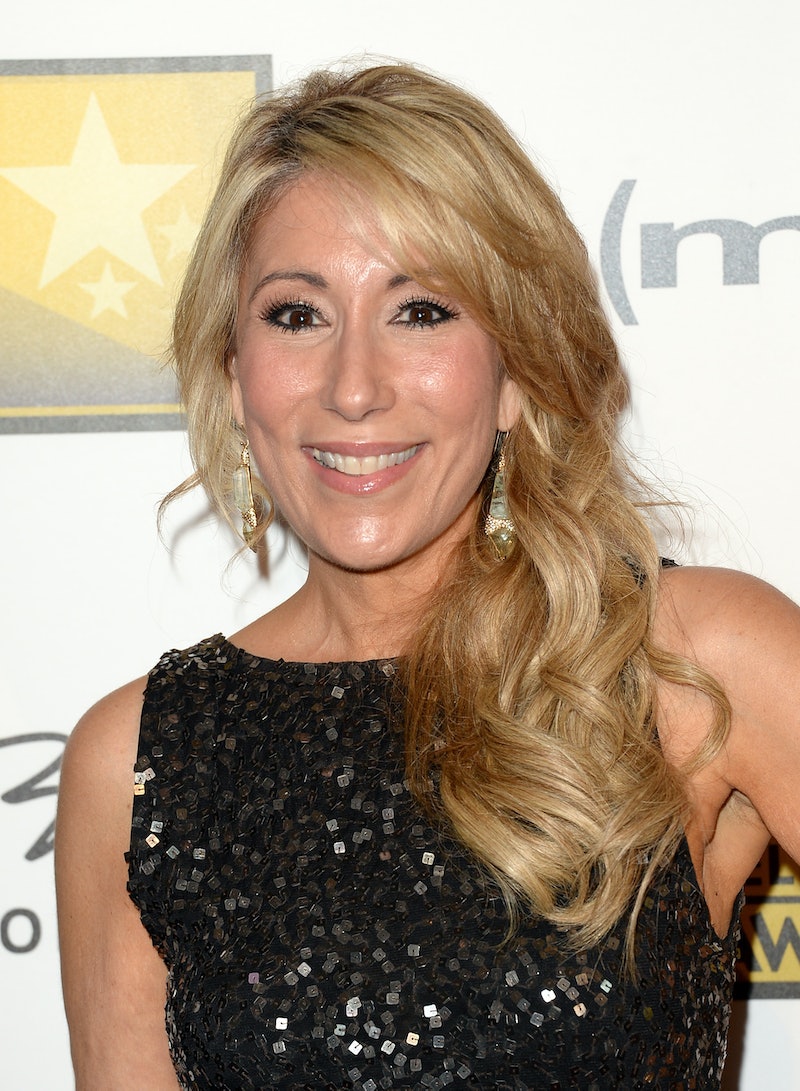 Here's a riddle. What do you get when New Girl 's Schmidt and Nick collide with Shark Tank 's Lori Greiner? The best episode of New Girl to ever exist, that's what. You read that right, New Girl is welcoming Shark Tank shark Greiner on an upcoming episode of the show — set to air in early February. It gets even better. While I am sure Greiner would be a fine actress as a fictional character, she is slated to appear as herself, meaning Shark Tank is taking over the loft.

According to Entertainment Weekly, Greiner is playing herself on the show, and of course that means that the gang is going to pitch her one of their cooky business ideas. This time around, it's Nick and Schmidt who will be hoping to catch the shark's attention with their business concept of "The Swuit," which is a business suit made entirely of sweatshirt material. How this concept is just now coming to fruition is mind-boggling since, I don't know, nicely tailored suits are a huge part of Schmidt's lifestyle, and Nick loves his sweatpants and sweatshirts. But I digress.

Now, just because Nick and Schmidt are pitching to Greiner doesn't mean that this is their huge break into entrepreneurship. In fact, I can't imagine this business venturing going well at all. Surely there is going to be some type of disaster that occurs, which we as viewers will love, but it won't benefit Schmidt and Nick in the least bit.

Can I also suggest that Schmidt and Nick appear on an episode of Shark Tank, to really sell the believability of the merger of these two wonderful shows? Schmidt can make a really good powerpoint, and Nick can nervous babble.

More like this
Everything To Know About 'Firefly Lane' Season 2 Part 2
By Gretchen Smail
The 'Firefly Lane' Book Ending Teases Way More Tears To Come In 2023
By K.W. Colyard
Everything To Know About 'The Peripheral's Potential Season 2
By Brad Witter
This 'White Lotus' Symbol Could Hint At A Major Character's Death
By Grace Wehniainen
Get Even More From Bustle — Sign Up For The Newsletter