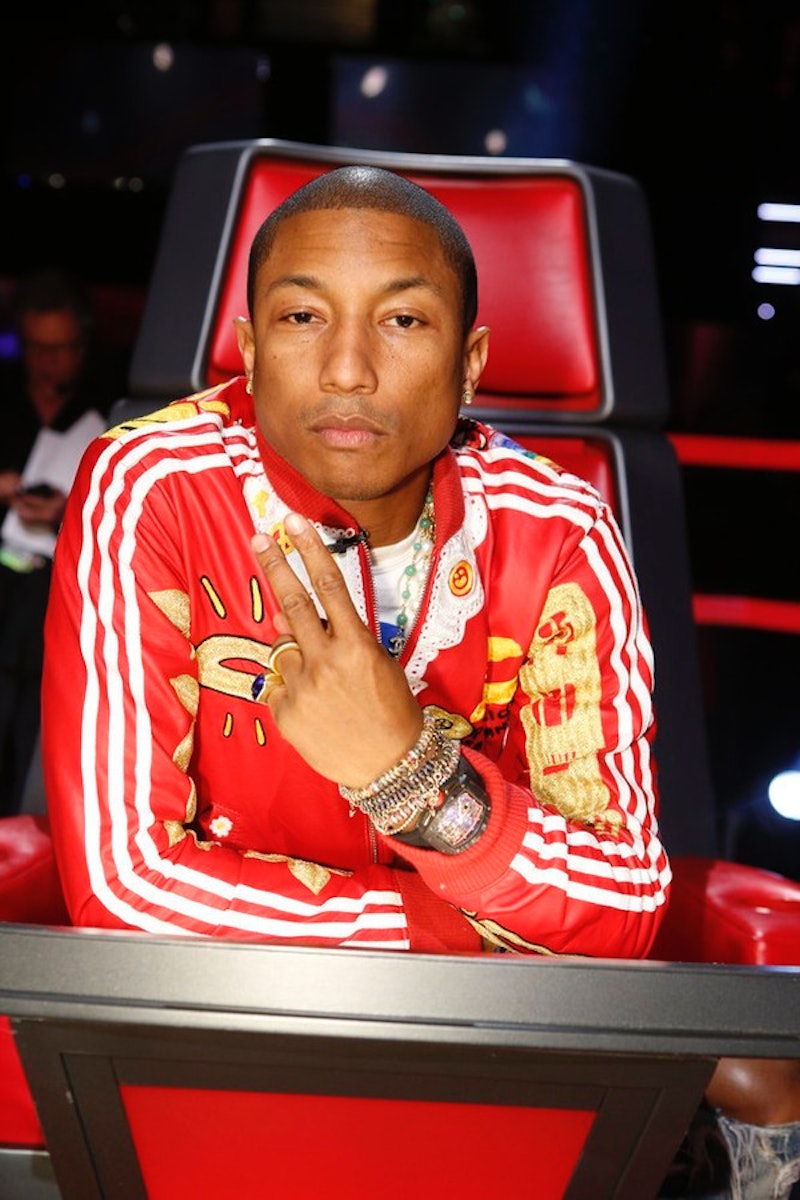 Coaches Adam Levine and Blake Shelton have been cornerstones of The Voice since season one. They have given us one of the best bromances in the entertainment recently, and even have a cute bromance nickname — Shevine. But despite the funny one-liners and insults tossed between the veteran coaches, newbie Pharrell Williams has stood out as the coach to watch this season. NBC clearly recognized this, and honored Pharrell with one of the creepiest but somehow endearing tributes I have ever seen.

Pharrell may not have anyone left in this game, but that doesn't mean NBC can't pick on him a little. In the season 7 finale of The Voice they decided to do just that by putting together a montage of all of Pharrell's Yoda-like moments. Now, Pharrell has always been known for being a bit "unique" — think giant bucket hats — and has even fallen victim to theories that claim he's a vampire — which might be true because he seriously doesn't age. Claiming Pharrell is Yoda is the craziest theory yet, but it really could be true. Have you heard that man coach his team members? He's way too good at it. Here's why this theory MIGHT be true:

1. He gives the best advice. Adam Levine said it best — Pharrell "penetrates people with his wisdom." Seriously, he always knows the right thing to say. Whether it's about music or life, Pharrell was always ready with a bit of life-truth for the musicians to ponder.

2. He speaks like a philosopher. The rest of the coaches mostly give direction or praise when giving advice, but Pharrell's always has a little bit of philosophy behind it. It can also be a little hard to follow, much like Yoda's advice.

2. His fashion sense is out-of-this-world. Has his crazy sweater collection and awesome hats been influenced by the planets of Star Wars this whole time? Think about it.

If none of those reasons convince you, I'm sure the special effects NBC added into their montage to make Pharrell look more like an Avatar than Yoda will change your mind. So what do you think? Does The Voice coach have The Force with him? Me thinks so.