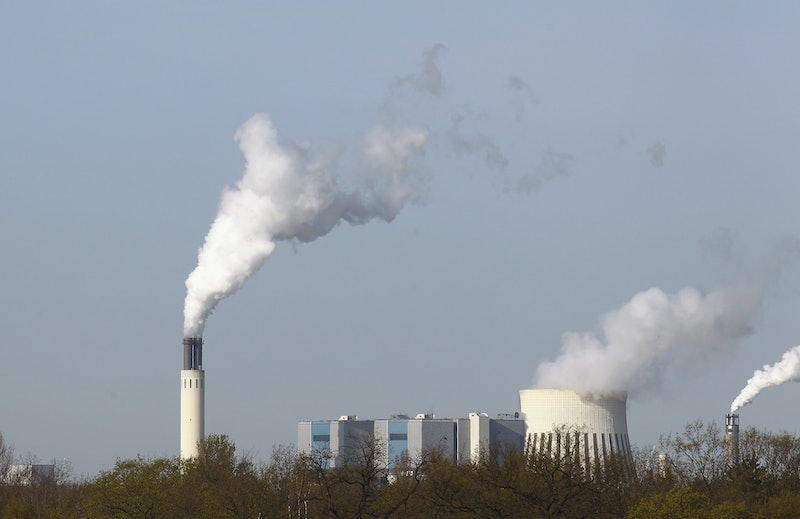 Looks like President Obama is keeping his word when it comes to tackling carbon emissions from coal plants.

On Friday, the Environmental Protection Agency will announce new regulations on greenhouse-gas emissions coming from newly-built coal plants. These new plants will be limited to 1,100 pounds per megawatt hour, a level that will require some serious reworking of old methods for dealing with carbon emissions. Right now, many power plants produce closer to 1,800 pounds of carbon pollution per hour.

According to an official interviewed by The Daily Beast, the new limits, instituted in the Clean Air Act, "will effectively require partial carbon capture and sequestration." That means that power plants will need to come up with new technology that sucks the carbon out of exhaust before it hits the atmosphere and then stores that carbon below ground.

Of course, owners of coal plants and their state representatives won't be happy. The new technology will cost a pretty penny, about 75 percent more than conventional coal plants, according to estimates from the Congressional Budget Office.

In a June speech on climate change, the president voiced faith in the industry's ability to figure out ways to keep pollution down without shuttering plants. Referencing two changes to environmental regulations, fuel standards for the auto industry, and a ban on ozone-depleting chemicals, Obama promised that "American workers and businesses [can] figure out how to do it better without harming the environment as much."

A firm regulation will also be put in place for natural gas facilities, which will have to keep emissions under 1,000 pounds per hour.

The new rules won't go into effect immediately. First there will be a 60-day comment period, likely followed by lots of lobbying and potential challenges. The final rules could be put in place sometime next year.

Obama had promised new, more stringent regulations on carbon emissions in an effort to cope with climate change back in January. A plan for more stringent limits that would have capped emissions for coal plants at 1,000 pounds per hour was pulled following backlash from the industry.