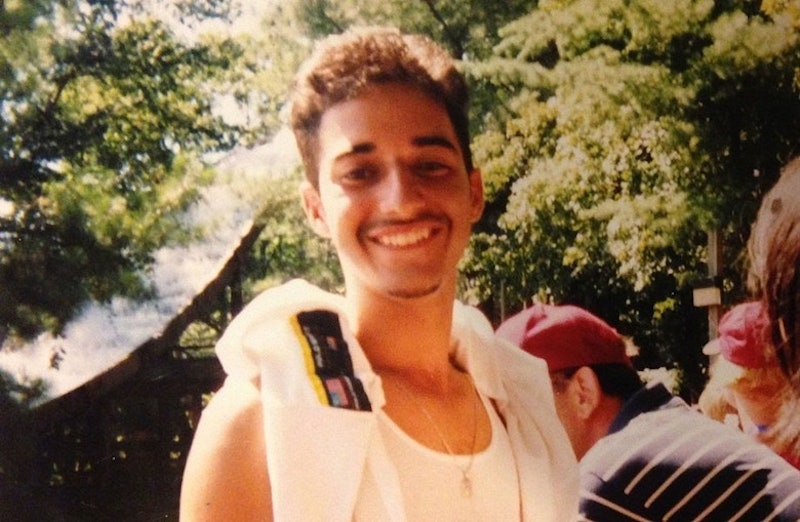 Oh man, guys. Part of me thought this day would never come, but we are officially on the eve of Serial’s conclusion. While ardent fans are hoping for some stab at a satisfying conclusion to this story, Adnan is still in prison and we still have no idea who killed Hae. What rhetorical gymnastics will Sarah Koenig do to wrap up this unsolved mystery? What will happen on the Serial podcast finale? Luckily, there are plenty of helpful Reddit theories that'll help you sort out the flurry of questions swirling in your brain.

Following last week's episode, there's been plenty of speculation about how this saga will end. I’m of the mind that things will be punctuated with a big question mark, but that Sarah will say that she believes he didn’t do it and that Adnan's case was mishandled by the court system. There’s a possibility that the Innocence Project will come back to investigate Adnan’s case and give the series a silver lining. Some people seem to believe that Koenig is hiding some crucial detail up her sleeve, only to unleash on us this week. Let’s not forget, there’s always the possibility that MailKimp is the murderer.

Let’s just dive right in. Here are some theories about how Serial will conclude, brought to you by the fine folks on the world’s message board.

Sarah will critique the criminal justice system, but there will be no final conclusion

This seems to be the dominant theory on one particular Subreddit. To me, this idea makes the most sense considering the content that Sarah has presented us with during the Podcast's run (Cristina Gutierrez's issues, the lack of a serious forensic investiagtaion, etc.). Redditor Janicia believes that the series will conclude with Sarah focusing on the "broader picture:"

The case won't have a final conclusion. Nobody else is going to confess. Adnan hasn't confessed. Adnan will still be in jail and working through his appeals process.

The show's conclusion will be a conclusion to SK's journey in the case. SK might tell us what she thinks happened. SK might switch from talking about the little picture of this specific case and talk about the broader picture.

In this statement, I'm taking the broader picture to mean a comment on the way that people are tried for crimes in America. In particular, Koenig will focus on how she can't say for sure whether or not Adnan did it, but she knows that there wasn't enough evidence to convict. TimSPC seems to believe that the final episode won't focus on solving the murder, because solving the murder isn't the point of the show:

Serial is about the journey, not the conclusion.

Well, the original research question that Koenig started with was "Who killed Hae?" In that respect, Koenig was intent on finding as much out as she could about the conclusion as possible. So actually, it was kinda the point at first. As more questions were raised, this project morphed into something else, as documentaries often do. But making the conclusion about Koenig's journey would be a infuriating. After all, Adnan is still behind bars. He doesn't exist to shepherd people on ideological pilgrimages.

The Innocence Project will continue to investigate Adnan's case

The theory that UVA Law's Innocence Project, introduced in episode 7, will continue to fight Adnan's case seems to be the second most popular speculation. Redditor LipidSoluble says:

Whether or not she found the answer, Innocence Project will continue the work. I think given the tone of the podcast today, she may be planting the idea that making a judgement based solely upon the rumors and suppositions of this case would be irresponsible.

At least, in this circumstance, we could walk away with a measure of closure. Not to mention, it would make the whole podcast worth it.

There will be an unforseen bombshell

Redditor sam_1am thinks that Koenig has been biding her time to reveal a jaw-dropping piece of intel that will knock all of our socks off. They say:

I'm going out on a limb here. I think that episode 12 is going to introduce some new evidence / witness that will blow the case wide open. The reason 10 and 11 were entertaining, but didn't offer information about the case is that SK found a new lead, and didn't want to tip us off until she finished investigating it.

Although this is an intriguing theory, I'm not sure if there's anything significant enough to "blow the lid" off the case. That is, unless, she has finally gotten Jay to talk, or received a letter from an anonymous person who confessed to the murder.

Serial was a calculated marketing ploy

I don't think this is it, but this theory is so entertaining that I felt compelled to share. Lgt1981 joked that we've been getting punked this whole time, saying:

I think we find that it turns out that Serial is a long con that is really a guerrilla marketing campaign for Best Buy and the Crab Crib.

While the Crab Crib is destined to be a Serial fan tour destination in perpetuity, my money isn't on this outcome. Just, no.

Luckily, we only have one more day before we can confirm or refute any of these theories. Was Jay "stepping out" on Stephanie?