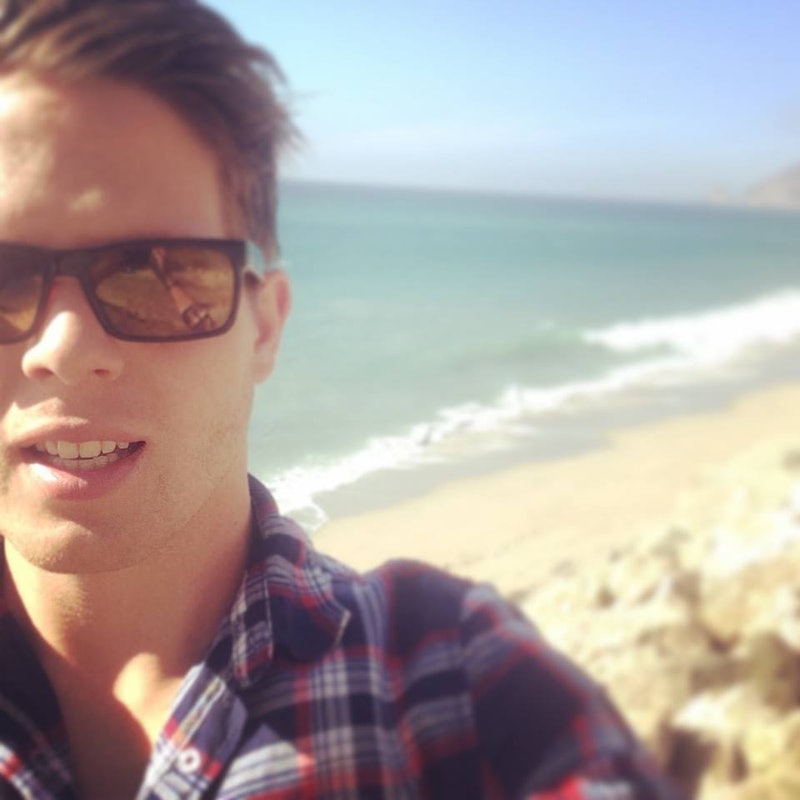 You may or may not remember Jordan Axani, the man searching for a traveling companion whose only requirements were that she had the name Elizabeth Gallagher and carried a Canadian passport. Well, the rest of the Internet sure hasn't forgotten about him. Thanks to the magic of Reddit, Axani found an Elizabeth Gallagher with whom to travel the world.

If you didn't hear about him the first time around, Axani actually had a reasonable explanation for his ultra-specific search. Axani and his girlfriend broke up earlier this year, but not before he already bought two tickets for an epic world tour, with plans to travel to Milan, Prague, Bangkok, and New Delhi. His ex-girlfriend's name? Elizabeth Gallagher. The process to change the name on the ticket was too complicated to be worth the time, but if he didn't do something the (presumably expensive) gift would go to waste. So he took to Reddit to ask the Internet to help him find a traveling companion, with just two requirements: a Canadian passport, and the name Elizabeth Gallagher. In the post, he specified that he wasn't looking for romance, although I think we can all agree that the meet-cute potential here is too good to pass up. And thanks to the power of the Internet, Dalhousie University student Elizabeth Quinn Gallagher is now getting the opportunity of a lifetime.

<img alt="" src="http://media.tumblr.com/50c52442e782102962520a30ee074fbb/tumblr_inline_mk14b9VVdt1qz4rgp.gif" class="article-body-image"/>This Gallagher sounds almost too good to be true, actually. According to Toronto Newspaper The Star, she's a regular volunteer at a homeless shelter and a seasonal Canadian coast guard rescuer. Oh, and she taught English in Thailand for six months. No big deal. The student contacted Axani after her friends and family inundated her with links to his Reddit post. Once she decided to apply, Gallagher, who goes by her middle name, distinguished herself with a get-to-know-me questionnaire and an extended Skype interview with Axani, who seems pretty happy about his choice.

“She has a real thirst to see the world,” Axani told the Star Tuesday, while standing at a set of Los Angeles airport gates about to board a plane headed for New York. “She has that east coast wonderful personality. She’s a good-hearted person.”

Unfortunately for those of us who love a good romance, Gallagher told The Guardian that she has a "pretty serious boyfriend," and she and Axani will be sleeping in separate rooms. Rooms that are being provided by Marriott International, by the way — Axani's post caught the attention of more than just Redditors. He's also received offers for a reality show to help him find a traveling companion, which is a moot point now, as well as a "documentary-style travel program," according to The Star. It doesn't look like he's going the entertainment route, though. Instead, he was so affected by the stories he received after his post that he and his brother have created a charity to help the underprivileged find ways to travel, A Ticket Forward.Is everyone involved in this story a perfect human being? Because it's starting to sound like it. Axani and Gallagher have confirmed that they'll be documenting the trip over his Twitter, Instagram, and blog. The trip is from December 21st through January 12th, so be sure to keep an eye out for cute pictures over the next few weeks!Images: Giphy, Jordan Axani/Facebook