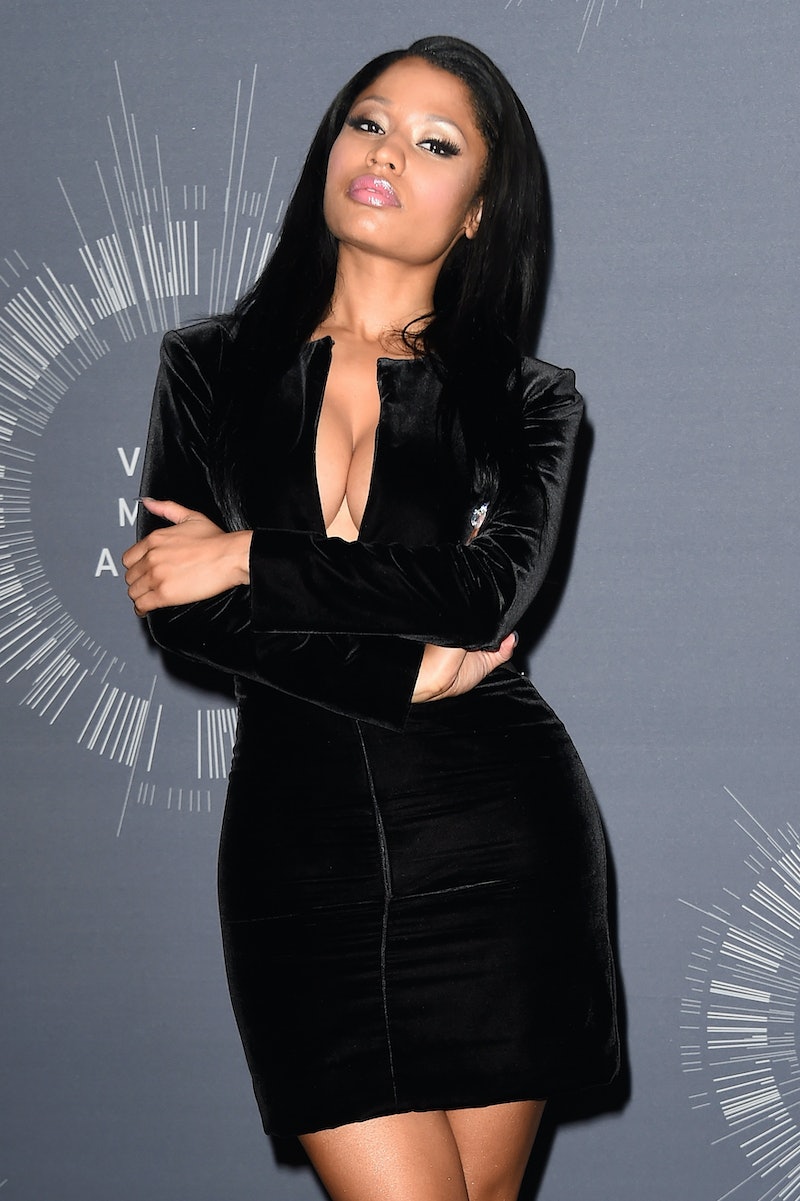 Not only does Nicki Minaj have a brand new, mega-successful album, she also has a brand new fashion gig as well. The Anaconda singer is no stranger to the fashion industry. She already has a clothing line for K-Mart under her belt and has established herself as a modern day fashion muse that #Barbz everywhere can look up to. Adding to her list of style adventures, Nicki Minaj is the new face of Roberto Cavalli's Spring/Summer 2015 campaign, announced Thursday.

When first hearing of this news, I was a bit hesitant — to look at the photos, that is. Thinking I was about to lay eyes on explosions of a blinged-out, pink leopard, the actual campaign photos were a pleasant surprise. Minaj looks glamorous, tamed, even chic, dare I say.

The pictures that have been released so far dress the hip-hop mogul in fanciful, flowy silhouettes embellished in some of Cavalli's most signature prints including the oversize zebra print. Of course, it wouldn't be Nicki without a wig, but the one she dons actually looks fashion forward and sleek. The images embody an old hollywood glam vibe, which totally suits the usually eccentric fashionista. This white, appliqué gown is my favorite.

Feast your eyes on the rest of the wow-worthy looks.