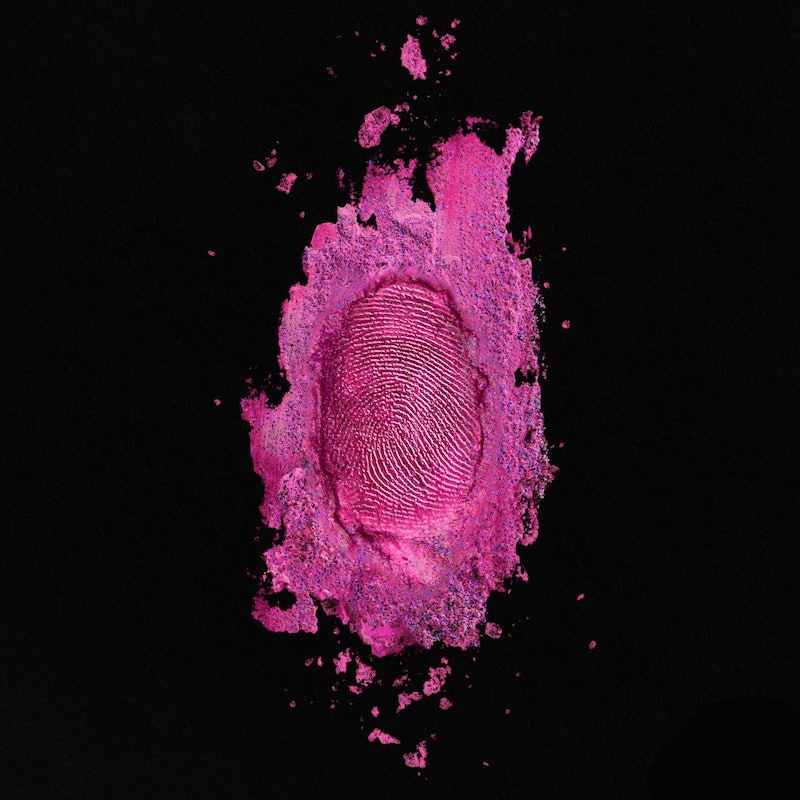 We've waited a long time for this moment: On Monday, Nicki Minaj released her new album, The Pinkprint , and music fans everywhere rejoiced. The 32-year-old rapper's last full-length LP, Pink Friday: Roman Reloaded, came out in April 2012. Wow. That was, like, a million years ago! The world was in desperate need of some new Nicki, that's for sure. True, we got to hear "Pills N Potions," "Anaconda," "Only," and "Bed of Lies" all before the album came out, but if I'm being completely honest, it wasn't enough. What can I say? Barbz are spoiled.

Sonically, The Pinkprint definitely reminds me of Minaj's debut, Pink Friday, but it doesn't ditch the bold pop influences found on Pink Friday: Roman Reloaded — and that's great news. In my opinion, Minaj is at her best when she's mixing genres and experimenting with new sounds. I was also glad to hear the "Super Bass" hit-maker both rapping AND singing on a number of the album's cuts — it sets her apart from her peers. Overall, The Pinkprint is a solid effort with loads of potential singles. Of course, there are a few clunkers, too, but don't worry — they don't spoil the fun.

"Want Some More" is just Minaj rapping about how successful and awesome she is. You've heard it all before (and the rhymes aren't very entertaining this time around). Disappointing.

I don't really care for "Only's" repetitive production. I'm not a big fan of the guest verses, either.

Before The Pinkprint's release, "I Lied's" producer, Mike WiLL Made It, compared the track to TLC's "Unpretty." Uh, I don't know about that. It's OK.

"All Things Go" is an extremely personal track that details how Minaj's relationships with her family members and friends have evolved over the years. I appreciate her willingness to be vulnerable, but the song drags at times.

Minaj is more than a little disillusioned with love on "Buy a Heart." It's sad. It's also very catchy.

"Trini Dem Girls" wouldn't have sounded out of place on Pink Friday: Roman Reloaded. I'm into it.

I didn't really like "Anaconda" at first, but it totally grew on me. There isn't anything else like it on The Pinkprint, and it's a ton of fun.

Radio may not have embraced "Pills N Potions," but it's still one of the most honest and authentic songs that Minaj has ever recorded.

Whoa. An emotional piano ballad from... Nicki Minaj?? Yup. It's a huge risk, but it pays off.

The hook on "Bed of Lies" is pure ear candy. Oh, and the bridge! Ah, the bridge. Skylar Grey is a such a huge talent.

Beyoncé's "I'm feelin' myself" line is likely to become the next "I woke up like this," but Minaj is the one who truly shines on "Feeling Myself," delivering some of The Pinkprint's best and most memorable verses.

Major pop anthem alert! "The Night Is Still Young" needs to be released as a single in the future. It's "Starships 2.0" (only a little less crazy).

Atmospheric and dripping with drama, "The Crying Game" is the second best track on The Pinkprint. Both Minaj and Jessie Ware are in top form. I can't get enough of it.

Know this: "Get On Your Knees" will be a massive hit. Listen to this song first. You'll want to put on repeat for hours and hours on end. It's like "Dark Horse" on steroids! Strangely enough, rumor has it that Katy Perry, who co-wrote "Get On Your Knees," originally sang the hook. Interesting. Ariana Grande can basically do no wrong in my eyes, but I'd still like to hear Perry's version at some point.