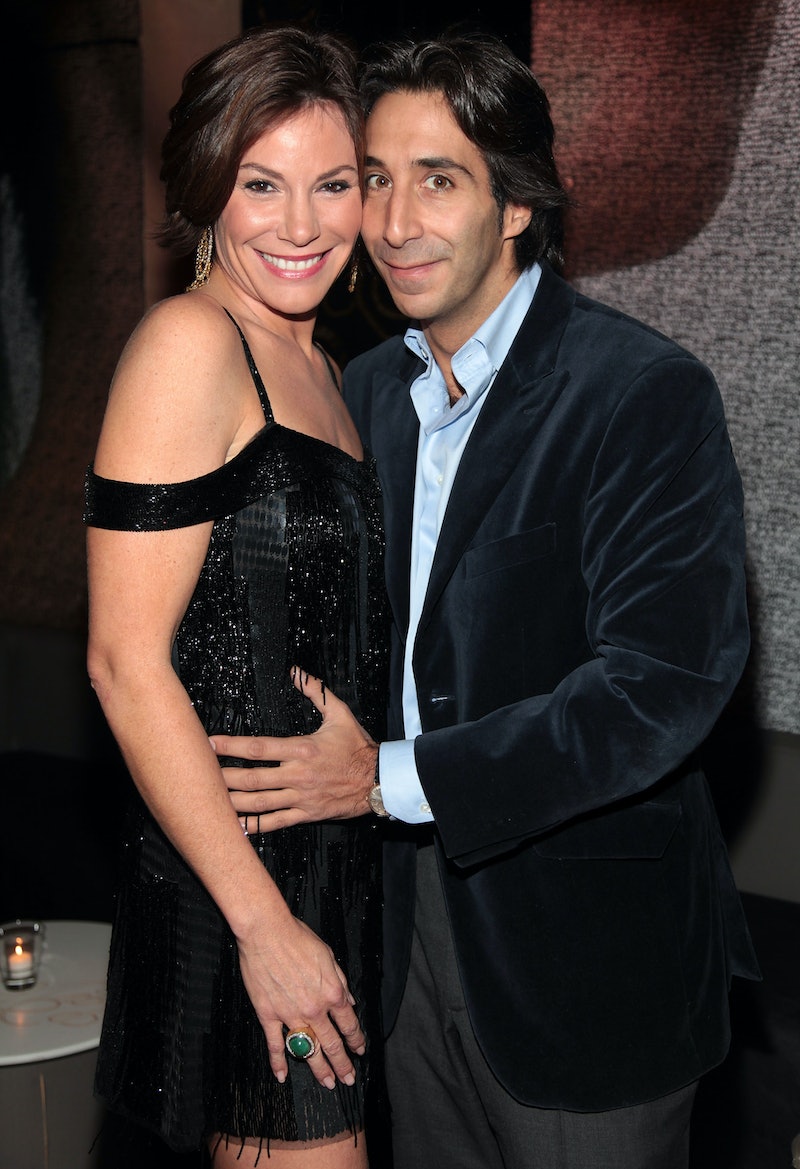 It might be bad news for the Countess, but it's great news for us. A rep confirms to Perez Hilton that Real Housewives of New York City's LuAnn de Lesseps broke up with boyfriend Jacques Azoulay. They'd been dating for three years but have decided that they're in "different points in their life now and have mutually agreed [a split] is best." And because Kelly Bensimon will take any opportunity given to get involved, she told Us Weekly that she feels for LuAnn and Jacques during this "very difficult time."

But to the outsider, there should be very little that's "difficult" about this "time." Let's call a spade a spade here: LuAnn and Jacques were an awkward pairing, to say the least. After she divorced Count Alexandre de Lesseps in 2009, it took her but a year to get serious with Jacques, a goofy Frenchman ten years her junior, who bears a striking resemblance to Alfredo Linguini, the young chef in Disney/Pixar's animation hit, Ratatouille. She went from nobility to cartoon cook, and no one understood what was happening.

Including LuAnn, it would seem, who patently cheated on Alfredo Linguini during the Housewives' trip to St. Barths. She 100 percent hooked up with that Jack Sparrow wanna-be (Jesus — why does she only go after Disney characters??) but no one really talked about it, which was probably the most annoying part of the entire season. (Other than anything and everything Aviva Drescher did.)

It's unclear why the ladies and Andy Cohen let LuAnn off the hook for cheating; it was a great time to prove she's such a hypocrite with all that "etiquette" bullshit, yet no one called her out. Did she pay them off with European titles, or something? Is Ramona Singer now Duchess Ramona of Winoville?

Aaaaanyway, the point is, thank god LuAnn and Alfredo Linguini called it quits. I don't think I could stand seeing him by her side next season — it was just so pathetic. I felt sorry for him, and not in a fun way.

So, LuAnn will be single when Season 6 returns. They're currently filming right now, so if you happen to run into the Countess, make sure you're not dressed like a Disney character — she might try to date you.