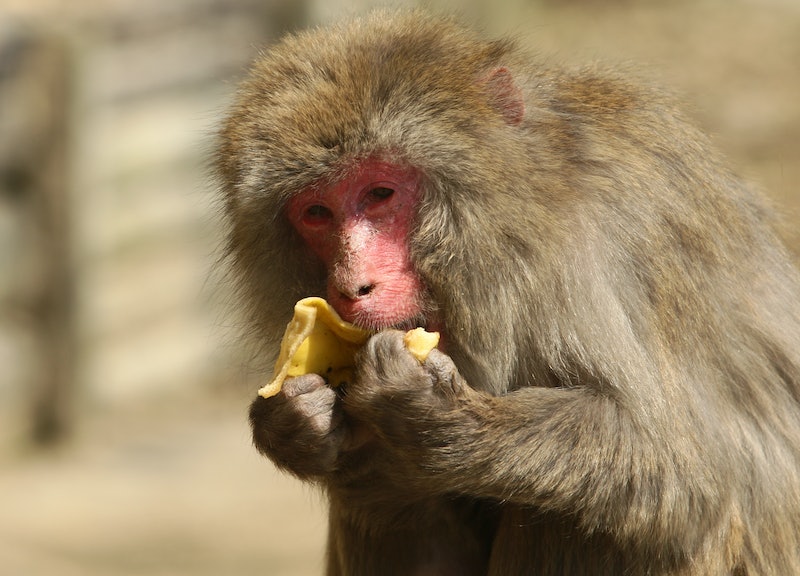 There may be no wrong way to eat a Reese's, but apparently there are tons of wrong ways to eat a banana. The banana diet, which consists of eating roughly 30 bananas a day, is definitely one of those incorrect methods, because poor nutrition is a bummer. I also would highly recommend staying away from those horrifying, spider egg nest-filled bananas, because death is also a bummer. We humans are dumb as pet rocks for continuing to mess up the relatively simple task of eating these yellow, tasty potassium sticks, while our monkey brethren have been snickering at our incompetence for years. But now we know your secret, monkeys, so pack it in and head on home! Are you ready to learn the ancient simian secret of how to properly peel a banana?

Really, the method is simple: turn the banana upside down. I know, you're skeptical. So was I. This video is about to change your whole world. Here's how it works: The stem of the banana, rather than being used as a makeshift lever/knife/corkscrew in a feeble attempt to peel/cut/twist the banana open, should not even be a part of the process. Once you remember to forget your old way, the new way will be a game-changer, for sure. I could tell you how to do it, but spoilers aren't any fun, so take a tiny 55 second break to watch this:

As the wise Gwen Stefani would say: