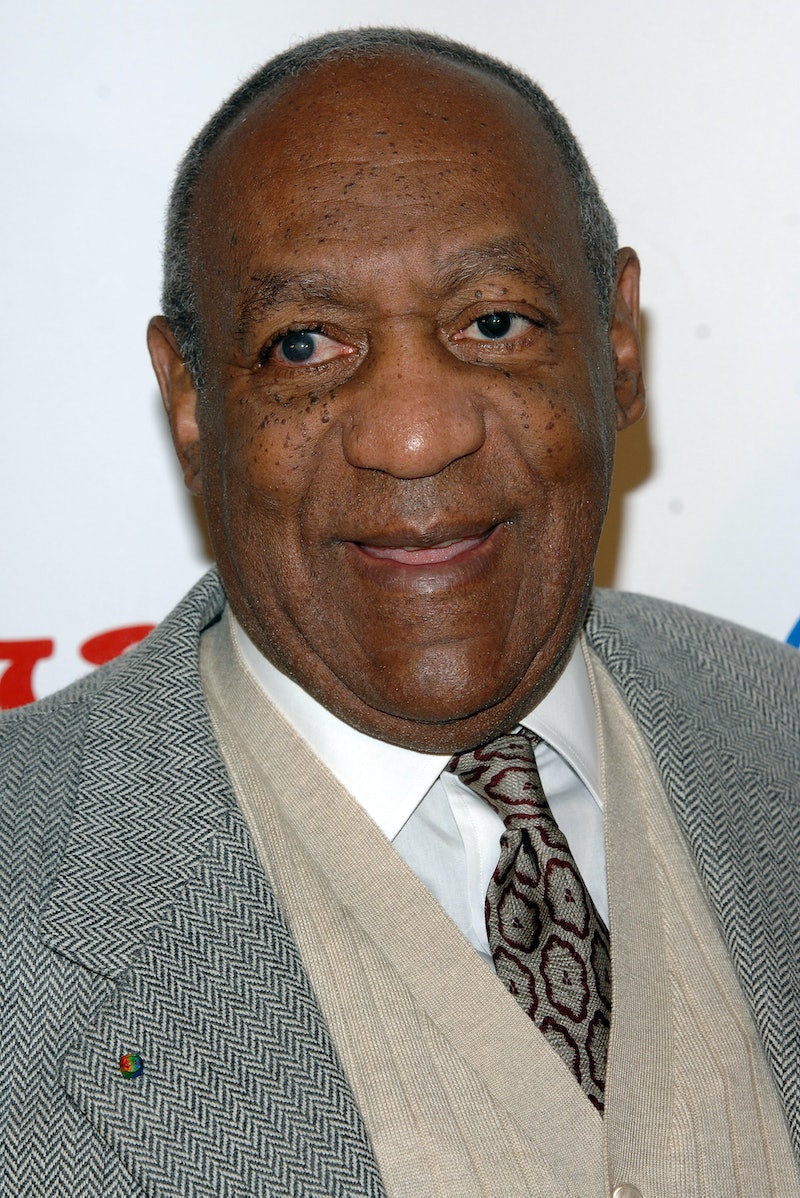 Sadly, yet another accuser of the former Cosby Show star has stepped forward. A woman who went only by "Lisa" accused Bill Cosby of sexual assaulting her during a Dr. Phil appearance on Friday, Dec. 19. Lisa detailed her time spent with Cosby, and as you can imagine, it's just as disturbing and horrific as the stories from the other women who've opened up about Cosby allegedly taking advantage of them.

Lisa told Dr. Phil she became friends with Cosby in the '80s when she was trying to make it as a model. After being called into an audition for him, Cosby reportedly asked her to his hotel suite so he could see her acting skills.

According to Lisa, Cosby gave her two drinks and one looked like a shot. She told Cosby she didn't drink, but he told her it would help her relax and let the acting lines flow. As she told Dr. Phil,

I noticed myself getting a little dizzy. Bill had sat down on the edge of the couch. He said, "Come over here and have a seat." He had his legs open, and when I sat down, I was sitting down in between his legs with my back to his crotch. And he started to stroke my hair back in a petting motion… The last thing I remember is just feeling the strokes on my head. After that, I don't remember anything else.

Later on, Lisa said she woke up at home, but doesn't remember how she got there. She said her car was at her house when she woke up, but she has no idea if she drove home or not.

The stories of Cosby's other accusers, like Janice Dickinson, helped Lisa realized what happened to her and that's why she's coming forward now:

Per Lisa, she didn't come clean earlier, because she "didn't feel violated until Janice Dickinson came out and revealed what he did to her and that she remembered what actually happened after the stroking of the hair, per se."

Lisa said she really just found out a month ago what really happened to her. As she revealed to Dr. Phil, with her mother by her side,

So how can I report it 23, 24, 25 years ago if I just found out a month ago? I can tell you that my body language said stay away from him, but my mind didn't know. So this is all brand-new for me. I don't know why my mom didn't report it, but my mom grew up in a world where who the hell cares what a woman has to say against a man when he has that much power? Who the hell's going to listen to her? … Who's going to protect us against Bill Cosby?

Lisa is among many women accusing Cosby of sexual assault. Cosby's lawyer has been consistent in denying the claims. The first statement he released reads as follows,

More like this
Adele’s All-Female Lineup Includes Kacey Musgraves, Mahalia, & Self Esteem
By Shahed Ezaydi
Cardi B’s New Single “Hot Shit” Features Kanye
By Alyssa Lapid
'Stranger Things' Cast Thinks It's "OK Not To Label" Will Byers' Sexuality
By Alyssa Lapid
20 Photos Of "Beefy" Jeremy Allen White To Tempt You To Watch 'The Bear'
By Radhika Menon
Get Even More From Bustle — Sign Up For The Newsletter