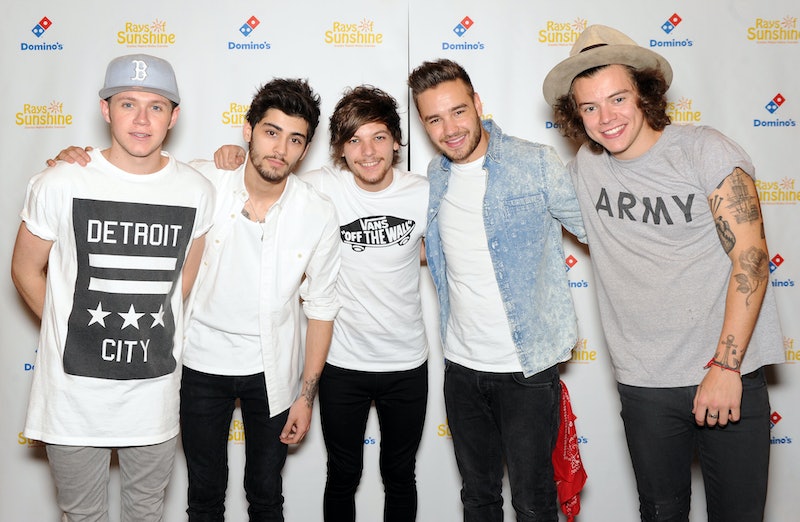 Most of us don't follow the actual Gregorian calendar so much as follow what other people are saying on social media and make general assumptions about the date, which is the reason why Facebook has suddenly felt possessed to waste an entire notification every morning to tell us it's the birthday of our old camp friend from ten years ago. Well, just in case you didn't realize that the New Year is descending upon us, you can still rely on Twitter to clue you in, thanks to the trending hashtag #2014in5words. The tweets started rolling in last week, and they cover everything from current events, pop culture, general human laziness, and, unsurprisingly, a hostile takeover from the One Direction fandom, who probably make up roughly half of the many thousands of tweets.

By now you've probably stopped reading this article to pause and try and think of what clever or groundbreaking #2014in5words tweet you're going to send out (the struggle is real, I'll let you know if I ever think of mine; maybe "Can't think of good tweets"), but don't think on it too long, lest the 1D fandom hack your account and do it for you. If you need any inspiration, we've got a Twitter roundup here of popular tweets.

Here are some of the tweets concerning global news in 2014:

Other tweets took note of songs that swept the nation:

Others were nods to pop culture references, memes, and general human existence:

And of course, there is always the super meta tweet:

But if you have scrolled onto the tag on your own, you will find that the One Direction takeover is frighteningly real. THIS IS WHY WE CAN'T HAVE NICE THINGS:

I am personally of the belief, though, that this is a good summation of the year:

Here's hoping that 2015's round-up of tweets will have more positive news to report than 2014.