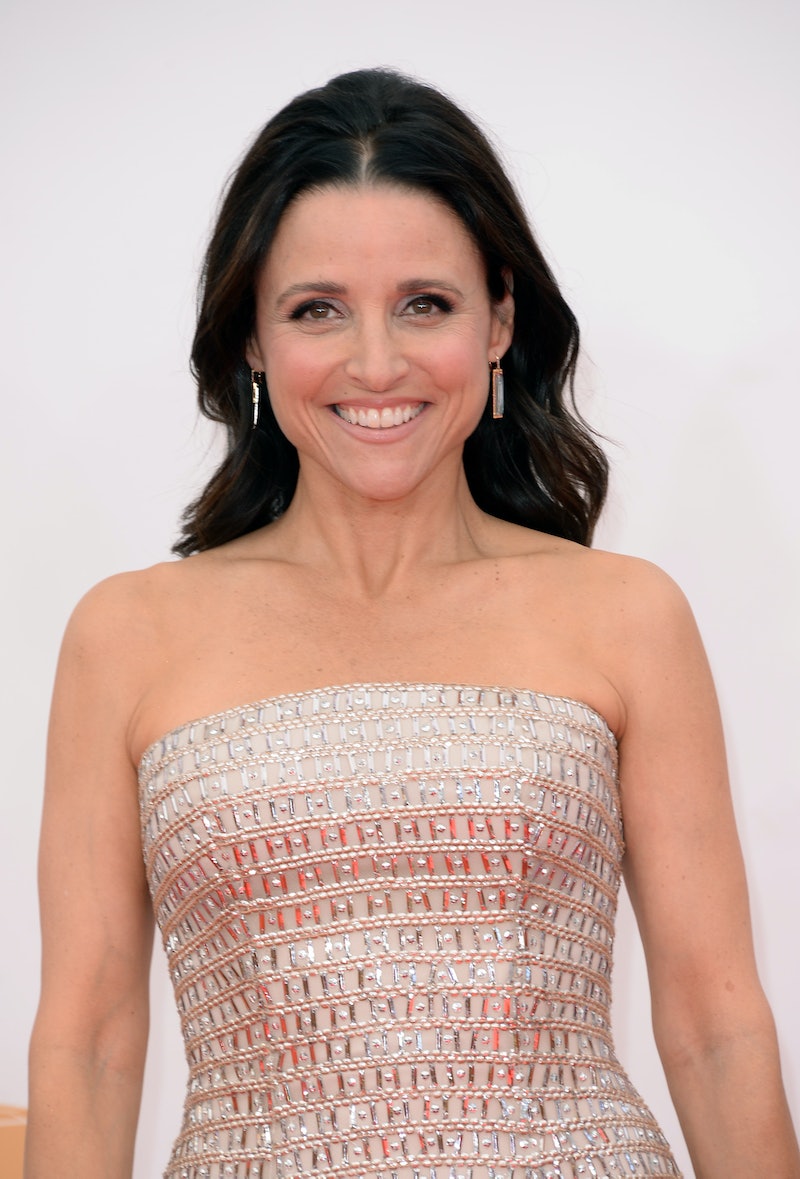 And the Outstanding Lead Actress in a Comedy Emmy goes to Julia Louis-Dreyfus for Veep — again! Easily one of this year's most competitive categories, the prize really could've gone to any of the six nominees. The only exception (or so we thought) was Edie Falco, who has already won an Emmy for her role on Nurse Jackie and didn't have an especially award-worthy season.

Otherwise, it was fair game, with the end of 30 Rock and Enlightened making this the last chance for an Emmy for both Laura Dern and Tina Fey, the Girls hype making Dunham a worthy contender, and Amy Poehler being long, long overdue, but Veep's nearly-perfect second season clearly gave Emmy darling Julia Louis-Dreyfus a major edge.

Needless to say, we weren't very surprised when Jon Hamm called Louis-Dreyfus's name. This was an amazing season of Veep, and clearly the Emmy voters agreed. She proved that both she and Tony Hale really deserved their Emmys with their flawless co-speech.

Apparently the whole cast is in character all the time, as Louis-Dreyfus put on her best politician face, Hale held her bag and waited for his recognition and Anna Chlumsky apathetically texted. Hale might not have been thanked, but he got to thank Louis-Dreyfus's kids with her, and that's probably more than Gary will ever do.

Congratulations Selina — I mean, Julia. Let's check back next year and see if you can pull it off three years in a row.

And sorry Amy Poehler, you're long overdue but there's always next year.