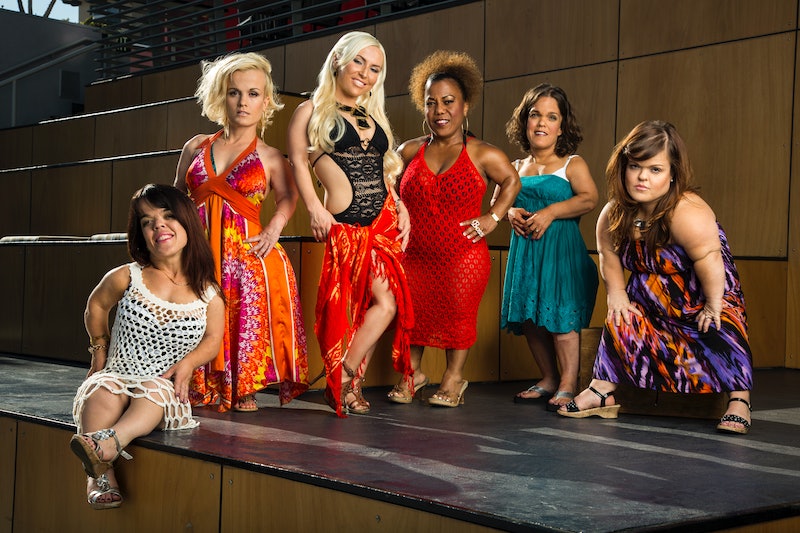 Usually when a reality show returns for its second season, most of the cast members return except for one or two who were fired, I mean, who "decided" not to return for another season. Well, Season 2 of Lifetime's Little Women: LA is just around the corner, premiering on Jan. 1, 2015. Can we expect all six of the ladies to return for another season of fights, romance, and "Booty Bee" music videos? It must be a New Year's Day miracle, because the entire original cast of Little Women: LA will be back for Season 2.

That's right. Terra Jole, Elena Gant, Christy McGinity Gibel, Tonya Banks, Traci Harrison Tsou, and Briana Manson will reunite, bringing with them a ton of unresolved issues and new hopes and dreams for the season. While this super six is certainly entertaining to watch when they're together, it would be kind of fun to add in a new cast member to the mix to spice things up a bit. Well, ask and you shall receive, because it sounds like there's going to be some fresh blood on the show for Season 2. This bit of intel comes from a press release announcing the arrival of Season 2 in January:

"When a shocking baby announcement is made and there's a new little lady in town, the group's friendships are pushed to the limit."

A new cast member and one that's going to cause some major drama? Christmas has indeed come early.

However, there's no mention of a new cast member in any other materials for the upcoming season, from the cast bios to the promo video. But I did see something rather curious on Christy's Twitter profile from about a month ago.

The blonde woman sitting next to Christy is the Lila Call mentioned in the tweet. By including "#LittleWomenLA" in the tweet, it makes me think there's a strong possibility that Lila is going to be the mystery addition to the show this season. Of course, this photo could have just been taken during a one-off scene of Christy out with her other gal pals, but can't a girl dream?

If Lila is a friend of Christy's, you know she's going to be trouble, and I say the more the merrier if that's the case. She may know Terra and her boyfriend Joe, too. A comment from Lila on this Facebook post from Christy also shows that she's a fan of Little Women: LA, so you know she's basically primed and pumped from watching Season 1 to come for these ladies if the opportunity presents itself. Let's hope that it does.