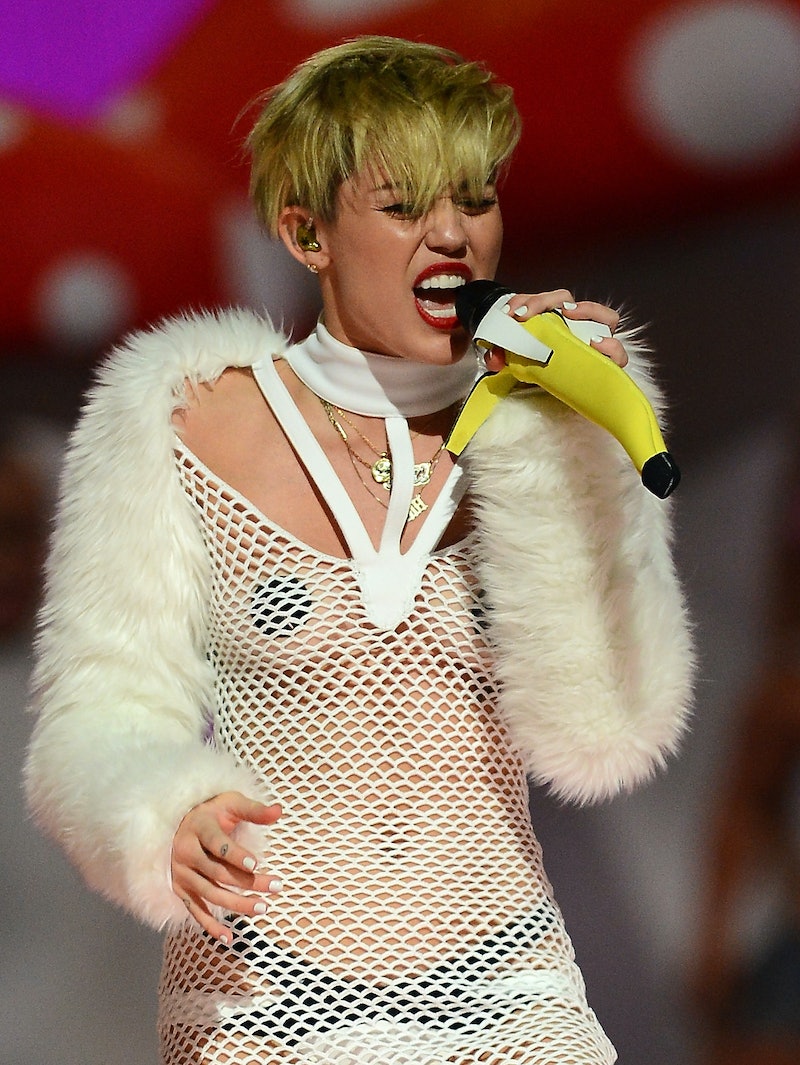 Miley Cyrus has appeared unflappable in recent weeks, showing little indication that her split with fiancé Liam Hemsworth or criticism following her much-discussed VMA performance of "Blurred Lines" has bothered her any, but it seems her emotions have finally caught up with her. Performing at the iHeartRadio festival in Las Vegas Saturday, the pop star — who will release her new album, Bangerz, in October — took the stage to sing "Wrecking Ball," and left it in tears.

According to those on the scene, Cyrus performed her new single with mascara streaming down her face. (Blame those emotionally-charged lyrics: "All I ever wanted was to break your walls / All you ever did was wreck me / Yeah, you, you wreck me.") Cyrus thanked fans for helping her single land at No. 1 on the Billboard Hot 100 list, but was she really referring to "Wrecking Ball" when she told fans, "I couldn't have done it without you"? (Or was she finally referencing the end of her on-again, off-again relationship with Hunger Games star Hemsworth?)

Cyrus also found time on stage to discuss her new image, which many have dismissed as either culturally insensitive, or simply distasteful. The singer, though, simply claims that the "things I'm doing that's getting me in trouble ... it's just me doing what my heart and soul is telling me to do." Cyrus says she's just "inspired by the music."

She certainly isn't letting the criticism affect her wardrobe — despite the fact that many shook their heads at Cyrus' VMA wardrobe — which included a nude bikini and nothing else — the singer appeared at the iHeartRadio festival dressed in a mesh bodysuit covering only underwear and a set of pasties. Turns out we could see more than Cyrus' emotions during "Wrecking Ball."

Watch Cyrus' performance, and see her unique ensemble, below: