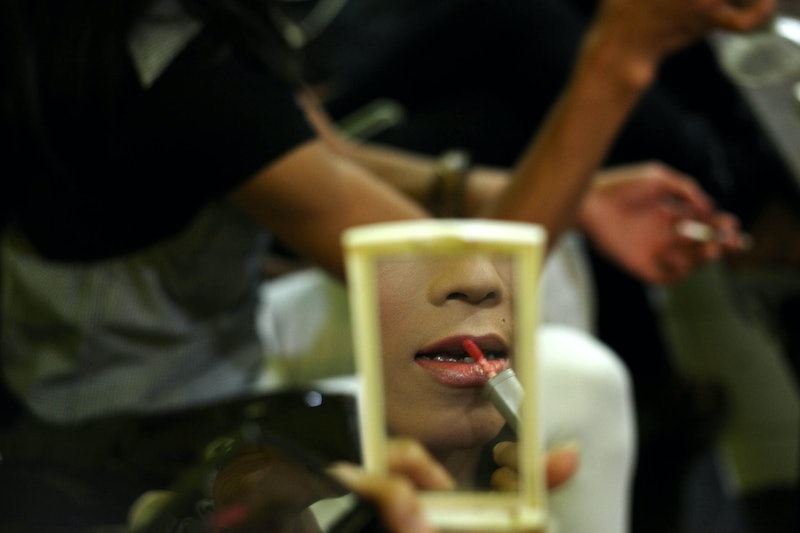 Cassidy Lynn Campbell, born Lance Campbell, has been taking estrogen injections and living as a girl for the past three years, becoming a web celebrity by documenting her journey via a YouTube channel. On Friday, she was crowned homecoming queen of Marina High School.

“Were proud of the message from home of the Vikings has been one of equity, acceptance, tolerance and respect,” the school's Principal Morrow said.

"Whether I won or not tonight, I was a winner from the beginning, and I already knew it," Campbell told a local news channel after the event.

"If this could help one child, or more, or hundreds, or thousands, or millions, then it was more than worth it," she added.

The news comes just over a month after Governor Jerry Brown signed a groundbreaking bill allowing transgender students in high schools to choose which bathrooms and locker rooms they feel most comfortable with, based on their gender identity rather than their birth sex.

Sadly, the success was punctured by an outpouring of insults that came her way after her victory, prompting the teen to upload a teary video later that same night.

"I don't understand why people have to be so ignorant and don't understand," she said in the video. "I am a girl and I've always felt like a girl ever since I was a baby."

In an interview given earlier this month, Campbell emphasized the heavy implications her victory could have: “If I win it would mean that the school recognizes me as the gender I always felt I was,” she'd said. “But with all the attention, I realized it’s bigger than me. I’m doing this for kids who can’t be themselves.”

But although Campbell is the first transgender homecoming queen in Orange County, the first time a transgender youth gained that title in the U.S. was actually back in 2009, when Jessee Vasold won the homecoming contest at William & Mary University in Williamsburg, Virginia.