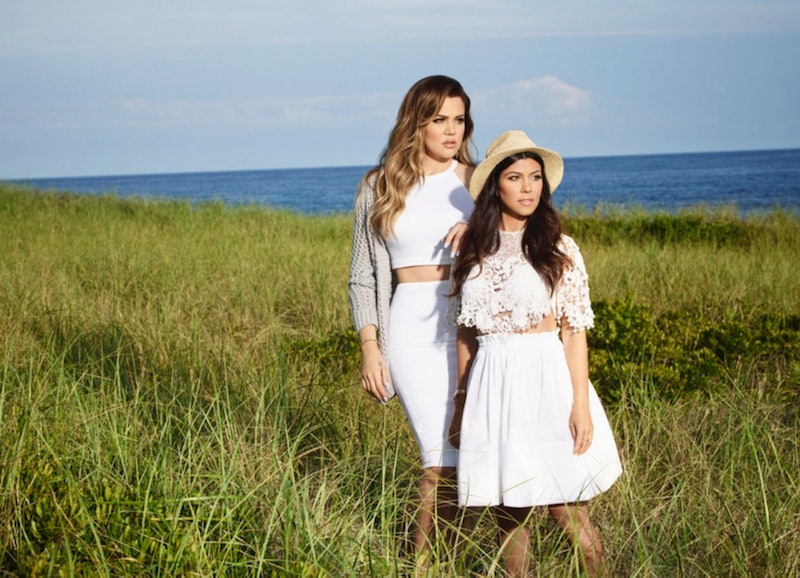 The eldest Kardashian sister was quite the problem-solving machine on Sunday night’s Kourtney and Khloe Take the Hamptons. The first issue she handled: What to do with Bruce's friend's daughter who wants to work for DASH? (The solution: Make her shred documents until Bruce complains about it.) The second issue: What to do about Scott wanting to leave the Hamptons? At the top of the episode, Scott told Kourtney he was going to hightail it back to Los Angeles early. Kourtney wasn't feeling this; She worried Scott would walk off the plane, throw on his party pants, and go wild in L.A. Kourtney made one request: they visit Fire Island before Scott left.

Here’s what went down during the Kardashian krew's trip to Fire Island:

Whether it was the drag show, the tour of his grandmother's house, or the altercation with the heckler, Kourtney's plan did the trick. She fought the Scott Wanting to Leave the Hamptons Fire with Fire Island, and it worked.

(Quick aside before I call it a night: I can't wait to make "So Much Traffic In the Hamptons" by Khloe Kardashian my new ringtone.)

More like this
Scott Disick Confirms He’s “Besties” With Pete Davidson
By Jake Viswanath
Jill Zarin Said Her 2011 RHONY Firing “Felt Like A Death”
By Brad Witter
Taylor Armstrong Would “Definitely” Return To RHOBH After Her Season 3 Exit
By Brad Witter
Which RHODubai Housewife Has The Biggest Net Worth?
By Hugh McIntyre
Get Even More From Bustle — Sign Up For The Newsletter